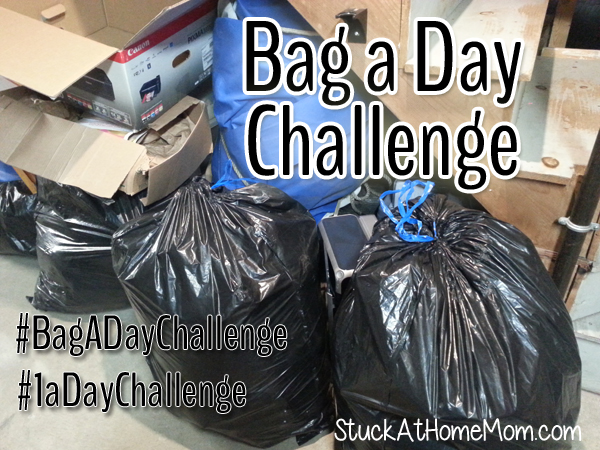 I have been putting off cleaning out the basement for far to long. Far, Far, Far to long. So long in fact that I can no longer get into what we refer to as “Mom’s side of the basement.”

My side of the basement consists of 4th of the total basement space. There is also a man cave, tool area and laundry area, so really it’s my 4th of the basement. But it’s not just My 4th, it’s Every-bodies 4th. Yes, I have stuff there, but there are also:

Who’s in charge of all this stuff? Well, that responsibility falls to me. Which is fine, I’m not complaining. I want to do these things. But saying Mom’s side of the basement is a dump, though an accurate description, isn’t really fair.

If I didn’t put the bags of season clothing in my side of the basement, where would they go? Same with the decorations.

It’s just all stacked together in one place and it’s tumbled over and been re-stacked to the point where it looks like a desperate episode of Hoarders!

However that is also no excuse for just tossing stuff down there and never sorting through it. And I want to go through it. I actually LOVE throwing stuff out. Yeah, no kidding! Shocked the heck out of my husband. Once upon a time he was cleaning the basement and he put all the stuff I needed to go through in a big pile and because I was VERY pregnant at the time told me he’d help me go through it. There wasn’t really a need, as soon as I put my hand on it I knew if it was a keeper or a tosser and most of it were tossers. I went through stuff so fast my husband couldn’t keep up with the garbage bags.

There are a few things keeping me from cleaning out the basement.

Time – which I now have much more of so I shouldn’t even be listing it.
Dust – that’s a big one. When I start cleaning out the dust gets to me and I’m miserable. I can combine Zyrtec and Benadryl and I’ll still be miserable for days after.
Endlessness – it never ends. I get a good start, get over 2/3 done and then some thing comes up and by Christmas it’s over flowing with stuff again.

I’ve once again reached the point where I can take it NO MORE! I NEED to get that stuff out of there and make myself a bit of an office and maybe a play place for the girls.

Ok, this probably isn’t what they meant when whomever came up with the saying above, but I’ve decided to lighten the house by 1 Garbage Bag Full a Day – doing a small thing.
Just 1 Bag! I can find the time to go to the basement every day and sort out 1 garbage bag of old stuff.

And it’s not like it’s all trash. Though a lot of it is old bills or old craft projects or old magazines and such – much of it is out grown toys, games with missing pieces, stuff we’ve replaces and so on. Some of the stuff can be donated.

I started on Saturday ….. and I couldn’t stop. By the time I was done I managed 3 garbage bags full, several boxes of crap, and a few devices we no longer use.

Some of it’s just trash other stuff is bagged up for donation. A bag full is a bag full!

Who’s with me? Can you take the Bag a Day Challenge and lighten your house?

Do It Yourself Gift Ideas #DIY