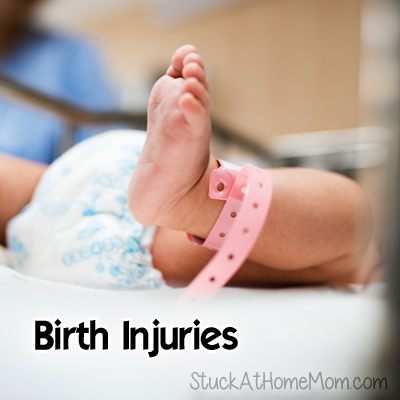 3 Types of Birth Injuries that Are Caused by Medical Malpractice

No one wants their children to face potential challenges or lifelong difficulties from birth, but that’s exactly what can happen for babies born with birth injuries. Approximately 1 in 9,700 infants nationwide suffer from a moderate-to-severe injury and almost all are preventable. Moreover, many are due to hospital or medical team errors. Doctors are covered by medical malpractice insurance for a reason, and while most insist that’s just a fail-safe the truth is medical malpractice is quite common. Proving malpractice can be tough, but it’s not impossible. And while most people may think family doctors or general surgeons are sued the most for malpractice, OB-GYN and women’s health practitioners actually are at the top of the list. But what are the top three birth injuries that are caused by medical malpractice?

Delivery isn’t always easy and medical teams often don’t communicate thoroughly. So rush jobs or aggressive delivery practices are far too common. These mistakes often lead to avoidable birth injuries involving the head or face since that’s usually the first body part to emerge. Caput Succedaneum is a common injury involving the swelling and often bruising of the scalp. It’s not life-threatening and usually heals on its own, but it is scary to the new parents. Intracranial/Subarachnoid Hemorrhage is bleeding between the brain and skull. And a Subconjunctival Hemorrhage is simply a burst blood vessel in the eye.

Facial paralysis occurs when the facial nerves are damaged during delivery. Oftentimes, the condition clears in time, but the damage can be extensive and ongoing. And if the infant is oxygen deprived at birth, Perinatal Asphyxia may be the result. This is potentially life-threatening as it can impede breathing, or lead to shock, seizures, or even coma. Regardless of whether the injury heals quickly or is ongoing, parental distress can be extensive and may be worth filing a claim with a competent Michigan medical malpractice attorney

Forceps and vacuums can be an essential part of a difficult delivery, but one wrong or overly aggressive move can lead to pain and suffering to the infant. Bruises and lacerations can be mild to severe but they always heal. But too much pressure can also lead to broken bones and fractures. These can occur at the clavicle or one of the limbs. Broken bones do heal but the pain and emotional stress can definitely be worthy of filing a medical malpractice claim.

Approximately half a million Americans under 18 have cerebral palsy and around 100,000 babies develop the lifelong condition. Cerebral palsy is a neurological condition that was originally associated with lack of oxygen at birth, but it can also be developed any time in life due to a head injury. Symptoms in infancy rarely show up until the baby is between 6-12 months old, so CP can be a difficult condition to sue for if the parent is not active and on top of the developmental issues and concerns. In some cases, the major symptoms abate or become manageable by the time the child becomes a toddler. But in many cases, cerebral palsy can lead to lifelong issues such as behavioral and sensory issues, slow or reduced motor development, and even being confined to a wheelchair or unable to perform basic personal life tasks. There’s no reason to suffer in silence. Contact a competent Michigan medical malpractice attorney if you suspect your infant’s birth injuries were caused by medical neglect or malpractice.

Reach Your Fundraising Goals Faster: 5 Tips to Raise Money for Your Kid’s Activities

Tips For Making Relocating Hassle Free For Your Family