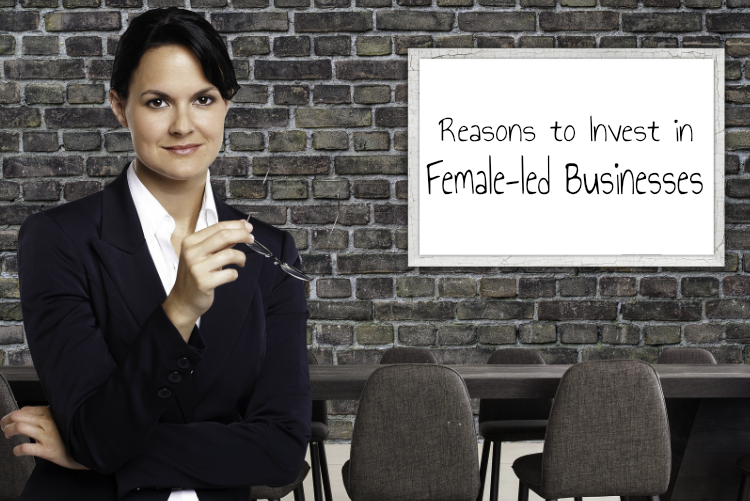 Reasons to Invest in Female-led Businesses 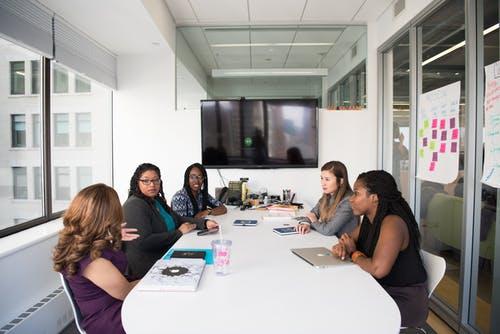 Until a decade ago, men were dominating the business world, and there were only a handful of women. However, it is changing, and now plenty of businesses are managed by women, who are employing an abundance of people and generating a handsome revenue. Studies have shown interesting statistics that overall business has not seen much growth, but there has been a stark increase in women entrepreneurs. Lately, women have taken brave steps in acquiring financial security, and have been working hard running their firms successfully.

The difference in women and men’s approach toward business is interesting as it gives a more in-depth insight into working and managing habits of both genders. Studies show that companies led by women and men are much alike in short term achievements, but the disparity is visible in long term achievements. Although no such claim can be made that women are more ambitious than men or vice versa because it largely depends on an individual’s capabilities. It is not only management that they differ, but a fascinating fact is that women and men tend to indulge in contrasting categories of businesses.

Business owners often find themselves in desperate situations where they need immediate cash. A merchant cash advance offers financing options that can benefit business owners in such needs.  The truth is investment is a significant risk. Typically, people have apprehensions about investing in female-led businesses. Here we are listing down a few reasons that why investing in them is a good move.

Men have a formal relationship with their colleagues, while women tend to build a cordial bond with them. From employees, vendors to customers, women form tighter relationships as they indulge in communication more often. Their communication does not revolve only about the company’s matters, but they talk about other aspects as well. Females are naturally more empathetic, and in many cases, this attribute helps in gaining trust and confidence, which creates a friendly environment. A firm that has an open and amicable atmosphere have the employees who are more devoted to their jobs.

Battles of sexes is a very old one, and numerous studies have been done in this regard. People often debate if men are better decision-makers or women; the truth is there is no definite answer to this. However, the methodology of decision making in both is sheer different from one another. Females take more time in evaluating options and resources while making crucial decisions, which minimizes the chance of wrong choices.

Business owners revise their strategies from time to time, according to the resources and circumstances. Women are open to new ideas and do not hesitate to experiment with new things. Although they realize that the possibility of backfiring the new strategy is always present, yet they have a tendency to be courageous and try innovative schemes. It is observed that staff get bored of working with the same plan, and new approaches to the same task excite them. Psychologically people get excited over new and never-tried-before things and gladly invest their energy in them.

Women are more open towards accepting people from different cultures. Usually, in businesses led by females, ethnicity and cultural background do not matter. They hire on the grounds of academics, experience, or skills. Not only they accept people from diverse backgrounds, but women also create diverse workforces. This challenges staff to perform to the best of their ability, and when they feel taken, the team feels a sense of ownership and show the utmost dedication to the company.

Businesses face issues very often, and most of the time, they come unannounced. At times these problems take owners by surprise, and in desperation, they make wrong decisions. Females have a natural tendency to solving problems rather than moving on with an unsolved one. They give their time, attention, and energy to the issues and go over minutely to figure out the solutions. Female CEOs do not only provide answers to the existing problems but make sure to take measures that similar issues do not arise in the future.

Commonly females have an uncanny quality of being resilient despite the circumstances. A regular occurrence is that women do not take rest when they suffer from cough, cold, or mild fever. While men, on the other hand, feel they are unable to perform when they are slightly sick. This could be the fact that women generally come into the business world with the mindset that they will have to work harder than men to succeed. So they do not let mild sickness, or sometimes major issues disrupt their business.

Even at this age in many households, women manage the budget and are in charge of domestic expenses. This gives them an edge over men, and when they venture into the business world, they bring their experience of managing finance. They have the ability to forecast future expenditures and thus plan accordingly. On the other hand, running households also teaches them the art of saving money and managing more in Iess money. This quality helps in managing a firm’s expenses, and they ensure that the company does not go overboard in spending money.

Various studies have shown that businesses led by females have a promising sign of progress. Women bring their natural tendencies and qualities in the business world, which in most case scenarios, help them in making timely decisions and managing firms. They have an inbuilt desire to being liked and praised by everyone around them, and sometimes for this purpose, they keep their staff happy and stress-free. Another difference between women and men’s approach to business is that women are easily motivated, and it is not only positive encouragement that works for them. Women are often driven to perform better because people criticize them that business is not their forte. There is no definite winner in who manages the market better, but it is clear that investing in a female-led business is not a wrong choice only based on gender.