Any random Swede in the country can answer and talk to you. Apparently it’s the thing to do – more than 11,000 people have called since it was launched Wednesday. 40 percent of the callers are from the United States (according to the website).

According to NBC News website: In a bid to introduce its people to the world, Sweden’s Tourist Association set up “The Swedish Number.” The idea is that anyone can call up and they’ll be put through to “a random Swede,” or at least one who has downloaded the The Swedish Number app.

These are snip-its NBC from conversations:

Apps are available for both Androids and iThings, but you need a Swedish phone number to register as an ambassador. Obviously! 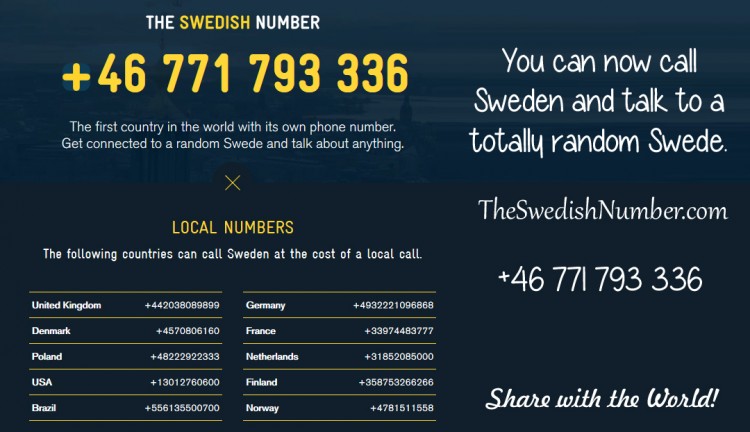 How to Fix an iPhone that Won’t Take Pictures – When an iPhone says Not Enough Available Storage, but There Is!

29 Things Only Parents of Autistic Kids Will Understand (Version 4)