Possibly the Most Hated Woman in America?

Today – The TODAY Show announced that Tuesday’s guest co-host would be Sarah Palin, leaving many to wonder if the executives of The TODAY Show weren’t playing a day late April Fools Joke on the nation.

A quick scan of The TODAY Show FaceBook feed shows just how bad it is, one disgruntled fan even posting the phone number to NBC (212-664-4602) 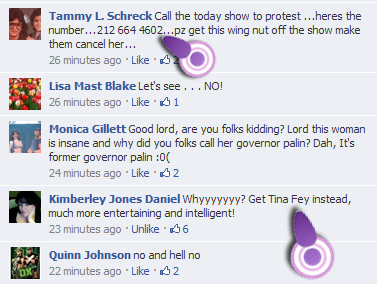 One fan even creating an anti-Palin on The Today Show Fan Page.
(Yes, I “LIKED” it lol) 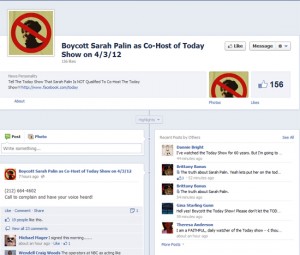 I’ll let the quiz speak for itself – right after I test out that phone number. 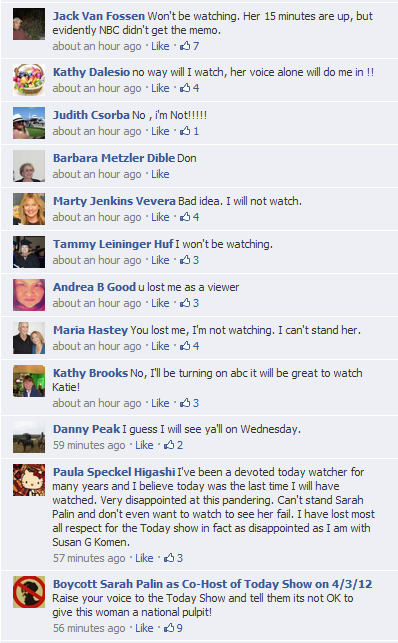 How to Run an Internet Scam in 5 Easy Steps