Quick! My Kid Needs a School Project by Morning 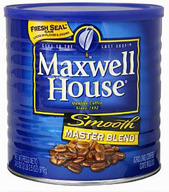 At 7 am, on a Monday morning, some years ago, I received a rather panicked phone call from my sister which went something like this:

Sister: I don’t know what to do. I just realized Nikki needs a list of supplies and a name for her project this morning for school!

(My sister has a problem with dates)

Me: What’s it about?

Sister: She has to do a project on recycling. She needs to write a report and make a project. And this morning she needs to know what she’s going to use to make that project and give a list to her teacher.

Me: This is the second grade right?

I’m great at bullshit as long as I’m not in the hot seat.

Sister interrupts: What is she making?

Me: I have no idea, but she’s in the second grade! Whatever she makes she’s going to use glue, cardboard, scissors ……

Of course we still needed a name, I think it was the “Ecological Recovery Project” – generic enough for you?

A week later, she had a pot full of dirt and grass, decorated with recycled stuff, a report explaining how grass is important to the environment and several pictures of grass glued onto a rather large piece of cardboard.

As luck would have it my nephew had a different teacher in the second grade, so we Recycled the Project. However, we told him to go out back and grab a seedling.
He came back with a seedling, but forgot the roots!
We plunked it into the pot of dirt and to make sure it stayed in place we made little tree pulls out of yarn, like you’d see on transplanted trees in someone’s front yard.

He also got an A+, don’t know about the ribbon.

Why All American Muslim are So Boring #AllAmericanMuslim @TLC