Why would I monitor my kids TV time? Quickly break the TV addiction.

Yesterday’s conversation with my 7 y/o daughter:

I gave up on “TV TIME” rules long ago and apparently it hasn‘t harmed them any.
I wanted to be one of those perfect moms that only allowed X amount of TV time, but then I HAD A KID – and I got a bit more realistic and soon after I had a second and then I got smart! 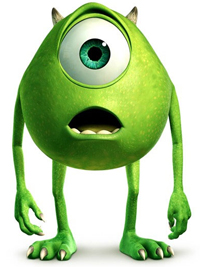 Not to long after my second daughter was born, my oldest picked up a Monsters Inc addiction. Every second that wasn’t spent in front of the movie was spent whining to watch the movie. This went on for MONTHS! I even did a solid week of ‘No Monsters Inc’ thinking that if I survived – she’d get the message – it didn’t help, if anything it only strengthened her resolve. To make things worse – I LOVE TV! I don’t know who hated the TV rules more – her or me.

It wasn’t until my best friends mother-in-law came to visit that I woke up and spelled the remote!

You see years before, my BFF’s mother in law, who was also our land lord, had a severe Skittles addiction. Clearly she was trying to keep it from getting out of control, but if she could catch you leaving the building she’d slip you a buck to pick her up a pack. She is one of the sweetest women you’ll ever meet, so when I was in Walmart I picked her up the largest bag of Skittles I could find – and that was pretty much the end of her addiction. (Sorry Nan!)

I’d heard of overloading an addiction, but thought it was urban myth.
Desperate times call for desperate measures, I told my daughter she could watch Monsters Inc from dawn ‘til dusk! After the first day I started to worry – I mean I knew she’s get sick of Monsters Inc at some point, but what if her addiction jumped to another movie or TV show?
After nearly 2 solid days of Monsters Inc, she asked me to turn it off, then went into her room to play. 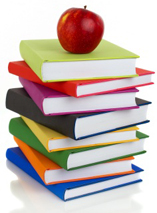 That was pretty much it. She was almost 4 years old, but ever since, she has had restraint with almost everything – candy, video games, computer time – the only thing I have a hard time regulating is reading! She loves to read and I get to take books away from her as a punishment – lucky, I know!

My second child was diagnosed with Autism, I always thought ‘those kids’ where supposed to be addicted to television and movies, but not her. If the title sequence has music she may stick around to watch it, but after that she’s gone – even if the movie is a musical, she just has no interest.

I’ve been told that “giving in” is lazy parenting, but my kids and I have a great relationship and I’m pretty sure in the end, the relationship is what matters most. So I’m a lazy parent with healthy kids who love me, I can handle that.

How do you flush useless knowledge?