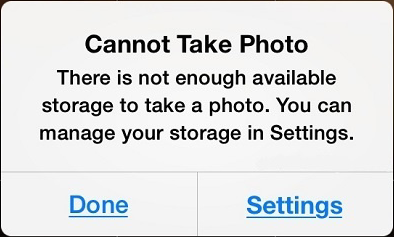 Over the last few weeks several of my friends and clients have had similar problems with their iPhones – they just didn’t work.

One client couldn’t upload images to Instagram, another couldn’t get apps to open and though everyone hates this answer, the answer was the most obvious – Update your iPhone! I know it’s a terrible thing to do. Updating your iPhone slows it down, you have to remember your password, but updating your iThings software is typically the only way to fix the problems your phone is having.

Of course the best solution is to toss the iPhone and get an Android. Androids are faster, less expensive and work. There are far fewer restrictions on Androids so they can be used for anything and everything. At some point Androids are going to surpass Windows – and on that day I will shed many tears, I love my Windows computers, but in the real word Androids have an advantage over iThings in that they work with and not against Windows.

Of course if you are addicted to the high cost and low performance of iPhones I would suggest you update to their $600+ version as soon as it is released. If you don’t update to the latest iPhone you’re left with ancient technology – technology that could have been updated for much less if you had purchased an Android.

Good luck with the update!