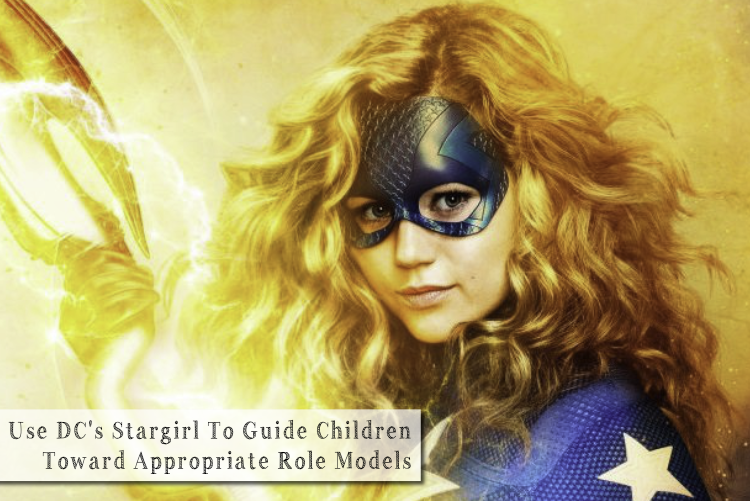 Use DC’s Stargirl To Guide Children Toward Appropriate Role Models

Children of all ages choose role models from popular artists and influencers, so parents must be aware of the content and know how to steer their children toward positive role models. With this in mind, it can be very helpful to have TV programs like DC’s Stargirl available.

But how can one show make a positive difference?

Families Watch and Talk Together

The good news is that mothers, fathers and other family members are chosen as role models far more often than athletes, musicians, and other celebrities.

According to the State of Our Nation’s Youth Survey, conducted by the Horatio Alger Association, 87 percent of high school students report that their parents and other family members are their most important role models. So even when children look up to celebrities, they are more likely to listen to parents’ advice regarding what shows they watch and the characters they look up to.

Stargirl is a great source for positive role models and the opportunity for children and families to examine and discuss real life situations.

Parents are finding it helpful to present as role models those celebrities who model respectful behavior, healthy choices, generosity, personal improvement, and other values important to the family. Other family building practices:

·       Keeping screen time to a minimum and filling the empty time reading, snuggling, playing, talking, and spending meaningful time together.

·       Choosing media with diverse, positive characters. This means finding age-appropriate shows with racial, gender, and ability diversities that aren’t limited by stereotypes. Positive representation prepares children to acknowledge and respect differences. Parents can reinforce these ideals through their own positive modeling and safe conversations.

·       Encouraging shows and role models with appropriate social behaviors, such as sharing and saying, “I’m sorry.” Many of the characters in Stargirl, for example, display values and qualities that align with wholesome family beliefs.

The value of having parents watch shows with their children cannot be understated. As one of few family-friendly television shows, Stargirl is a great option. Each episode presents situations that family members can discuss to reinforce family values and appropriate social behavior.

When children begin attending school, it’s important to become even more attentive to the shows you watch together. Schools expose children to new thoughts and behaviors. With constant guidance, parents can reinforce those ideas which are positive and guide their children to positive behaviors.

·       Talk about the shows as you watch them. Point out positive and negative examples as they happen and have discussions about the behaviors you see. Talk about the consequences of mean or inappropriate actions and words.

Again, characters in Stargirl often break away from stereotypes and positively model people taking on new roles and adapting to changes they can’t control. Executive Producer Geoff Johns loves story lines that emphasize these values throughout the episodes.

During the teen and high school years, it’s more important than ever to pay attention to what children are watching and listening to.

·       Avoid rejecting children’s favorite games, music, and popular culture heroes. Instead, become interested in what interests them. Side by side with the child, set clear boundaries about which media is appropriate to consume. Talk about any characters, celebrities, or events that cross those boundaries.

·       Have conversations about social action, ethical use of media, the impact of media and role model behaviors. The more that parents listen positively and respectfully to older children and teens, the more likely those children will continue to communicate with parents.

·       Consider letting teens watch or listen to things you don’t support. Take time to watch and listen with them. This is an opportunity to practice critical thinking. Ask questions about why it’s okay to consider diverse opinions or beliefs.

In today’s digital world, parents everywhere are faced with the intimidating task of monitoring the vast amount of social media, television, music, and movies available to children. After all, kids often spend more time with media than they do with their parents. Positive shows, including DC’s Stargirl, provide a platform that appeals to the whole family, making it easier for parents to guide helpful discussions.

Gift ideas for students in college.