If you learn best by video feel free to scroll to the bottom. The technique is the same, but the video shows a different way to join the squares.

We’re starting with a 12 inch backing and 10 inch batting. Center the batting on the backing. You should be looking at the wrong side of the material.

Note: Some folks call it “batting” others call it “matting” – I switch between the 2. I also use “cotton” and “fluff” – sorry. 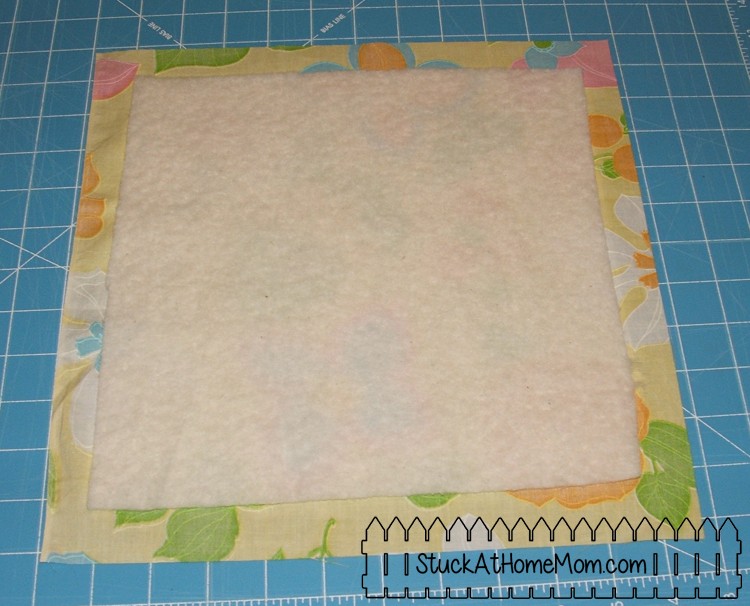 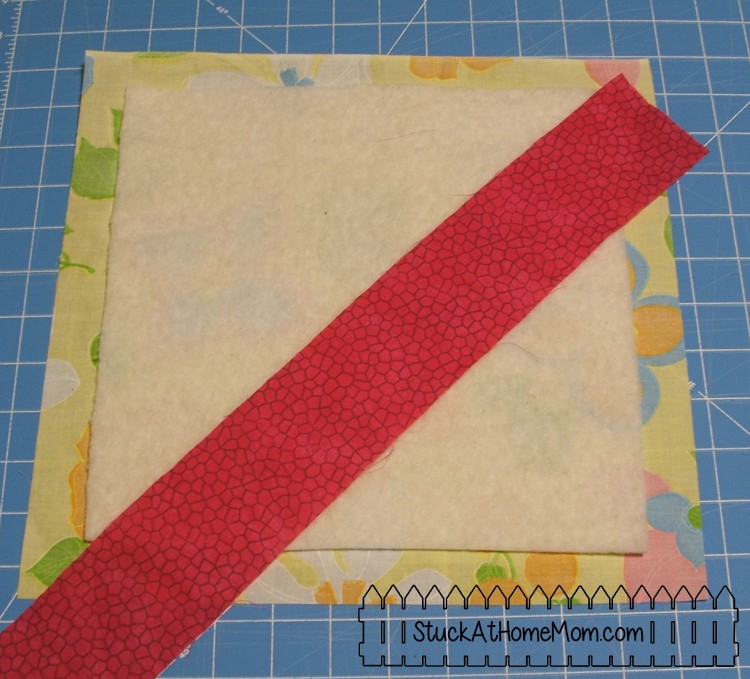 Lay a second strip over the first strip, but face down. 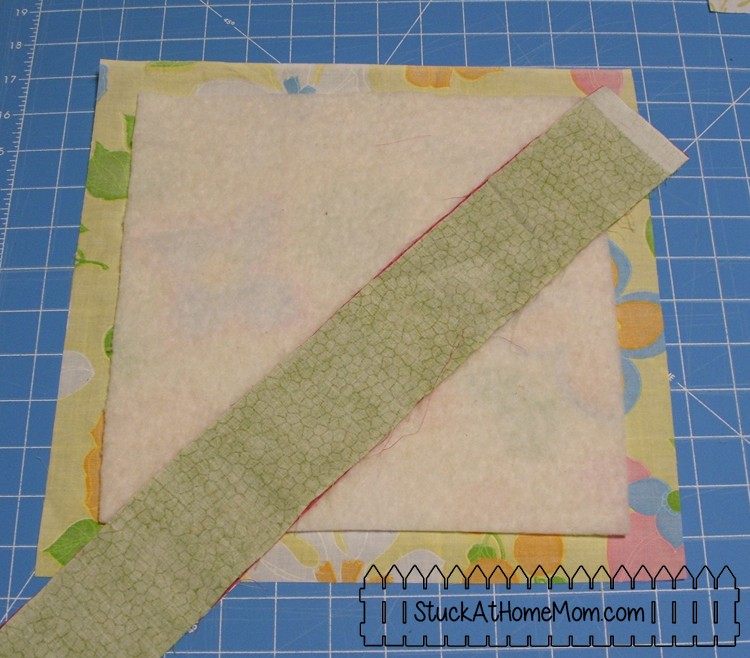 Pin both strips to the batting and material. 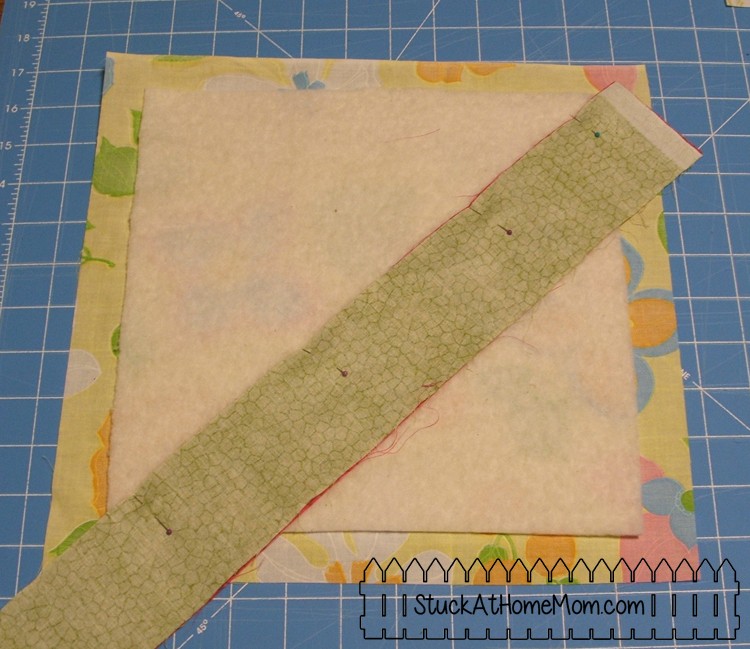 Sew the pieces together from the corner of the batting. Cut off the excess. 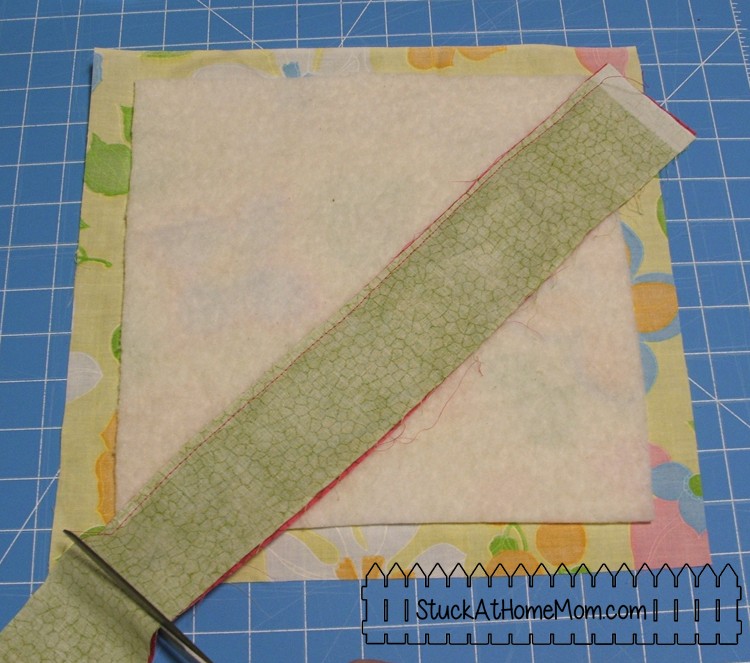 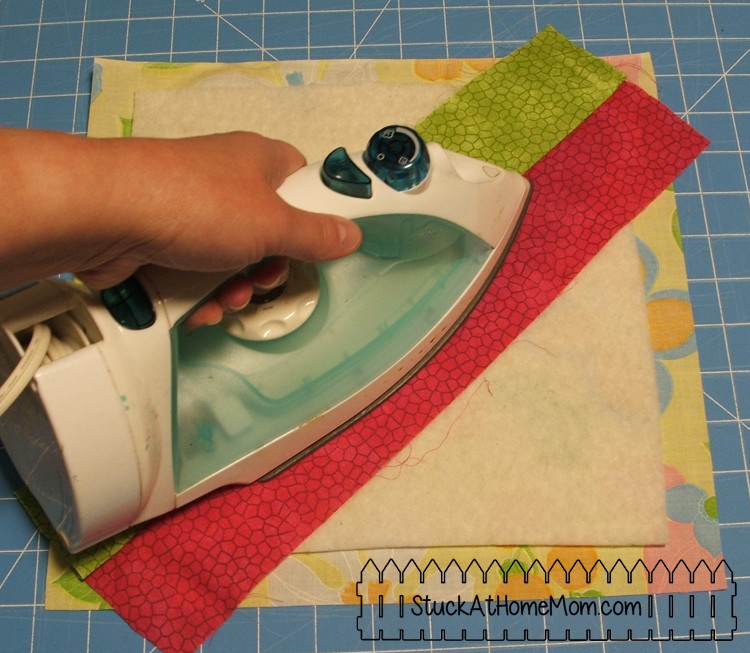 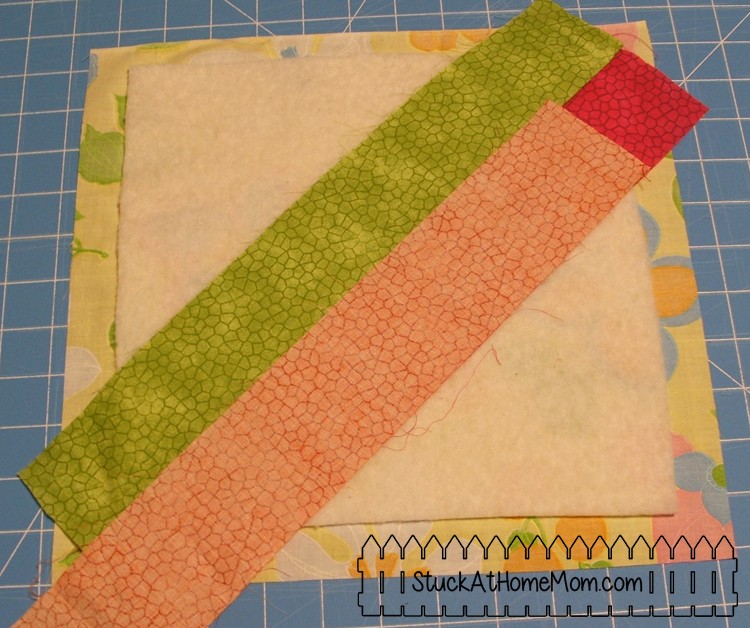 Pin down the outside edge …. see where we’re going? 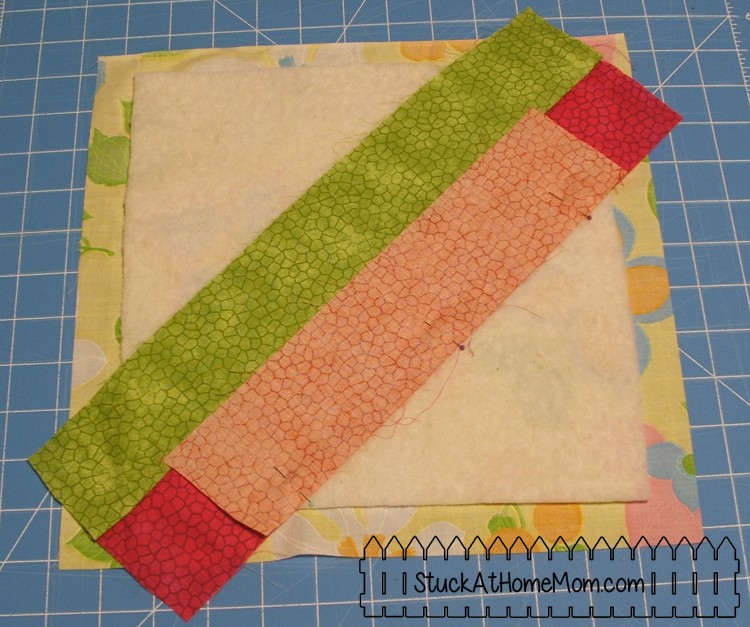 Sew the outside edge. 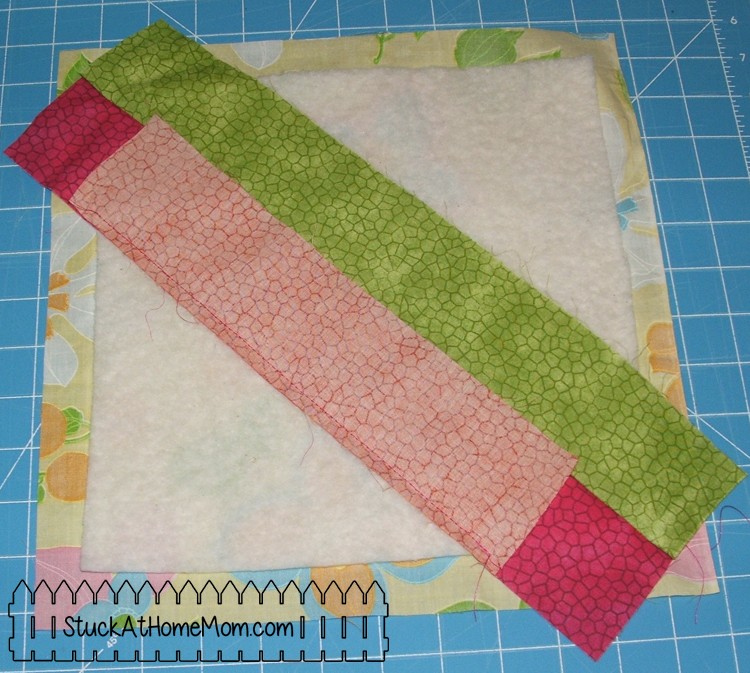 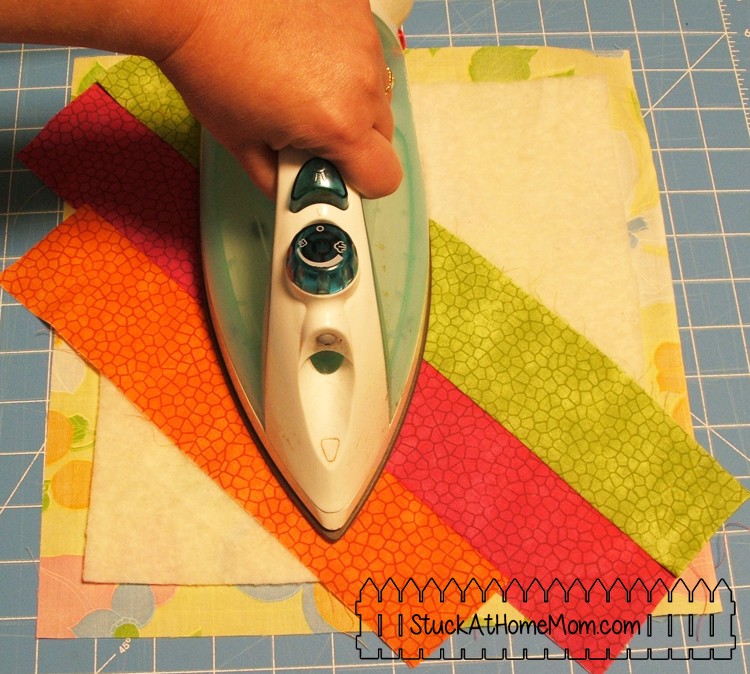 Then you’re going to repeat on the other side to complete rows 2.
Or you can continue on the same side, in this pattern it doesn’t matter. 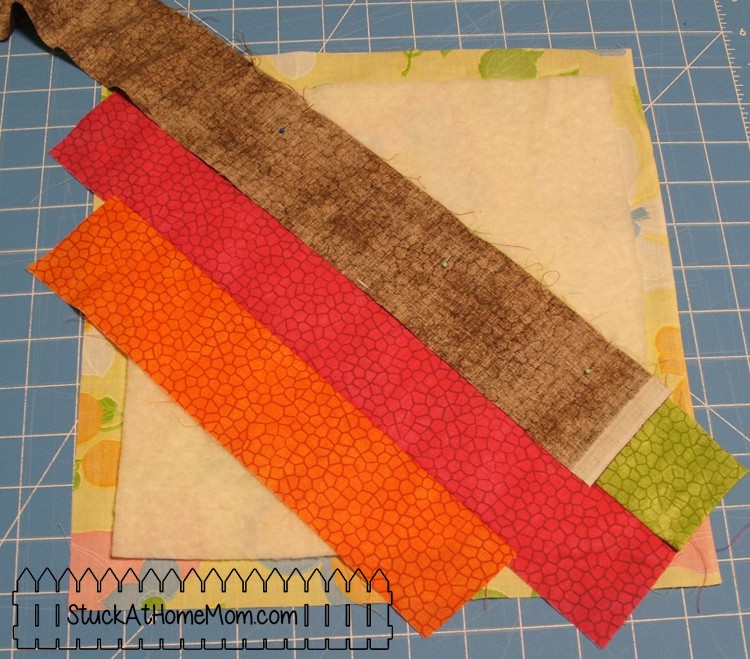 Each row of this pattern is the same. Place a strip face down. Pin it flat on the outside edge. Sew together. Open and iron flat. 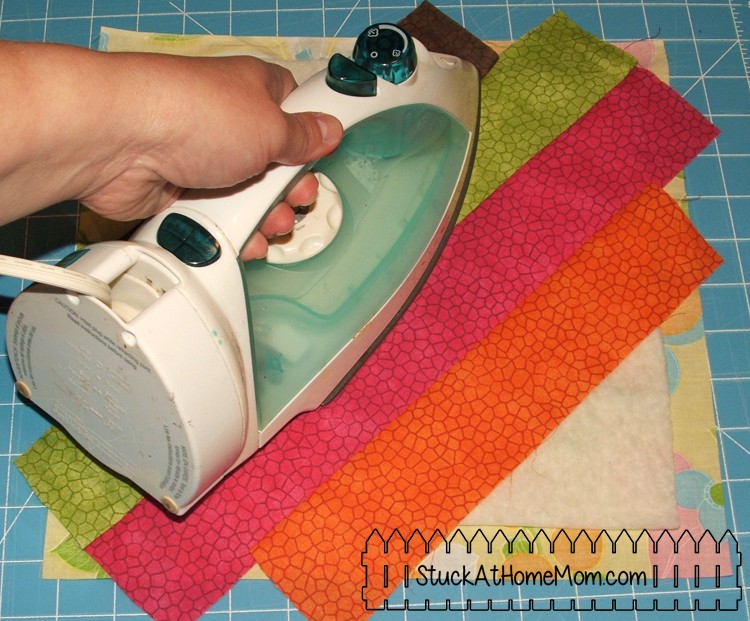 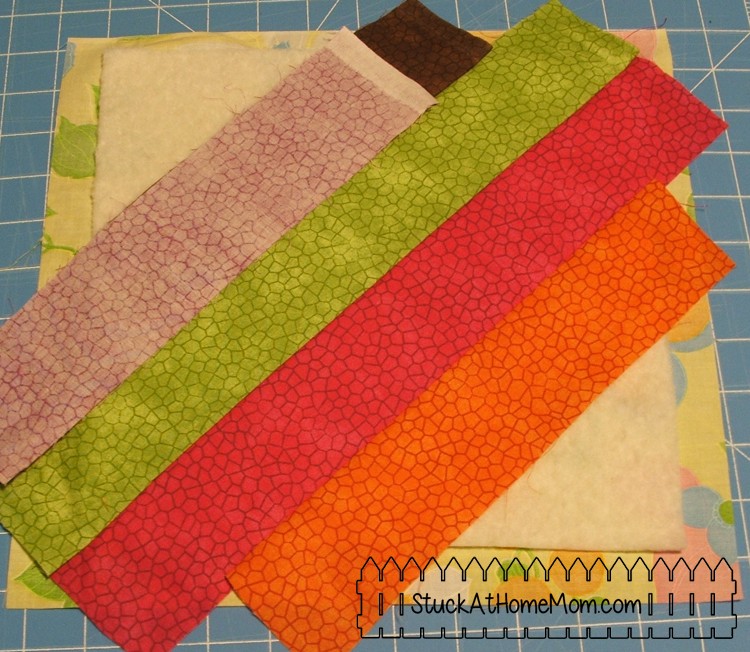 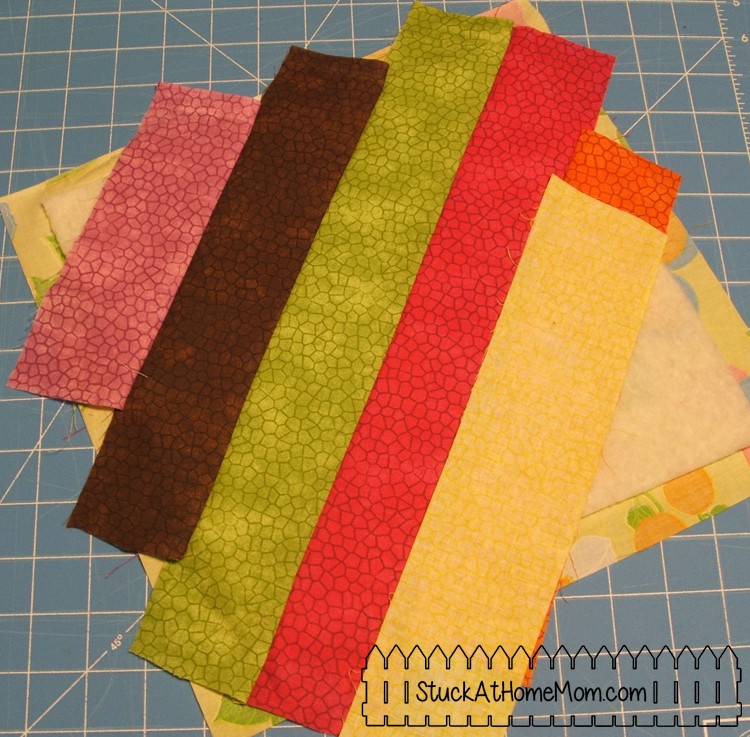 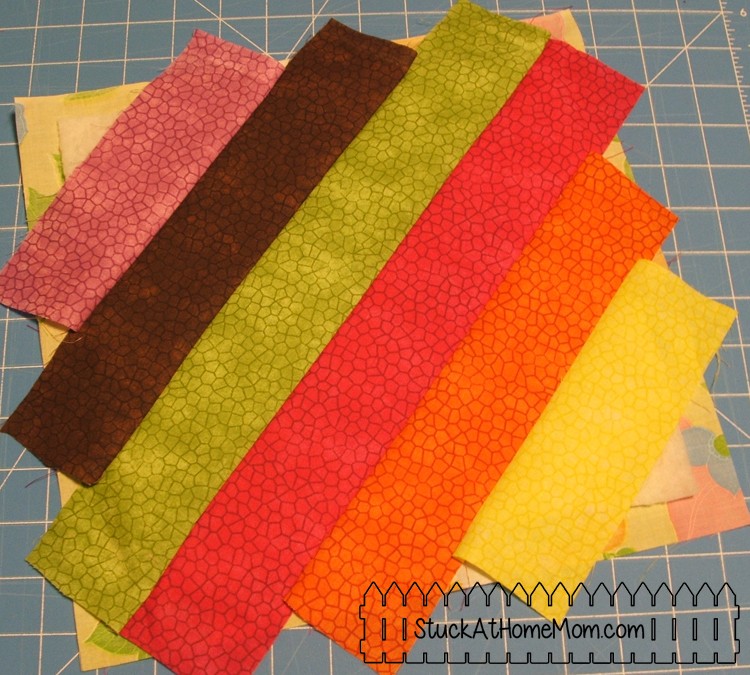 You should have something that looks like the image below. All the strips sewn on both sides except for the last row which should only be sewn on the inside, but the outside edge should not be sewn to anything. 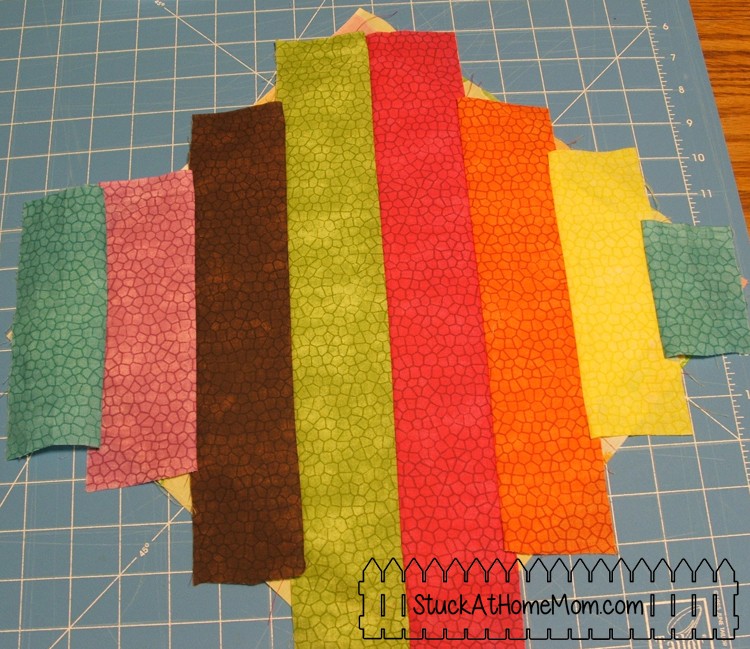 This is so very important. Flip the square over and pin back the backing. Make sure you pin it back passed the batting. You do NOT want to accidentally cut the backing. Cutting the backing makes the square useless. 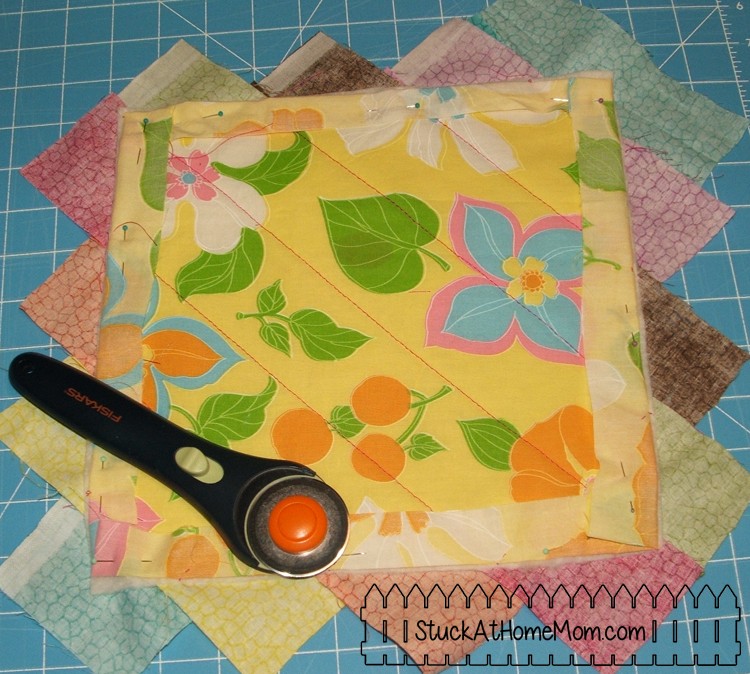 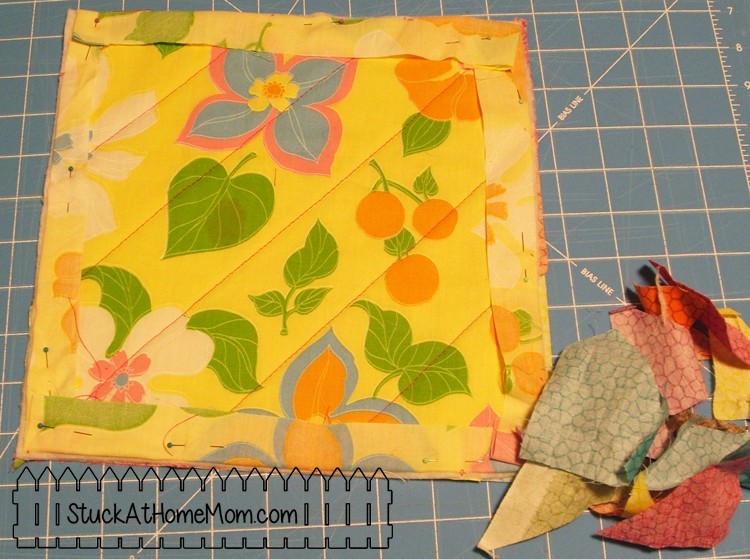 And again, once you’re done, remove the pins and iron flat – There is a lot of ironing flat in Quilt As You Go.
Back of the square 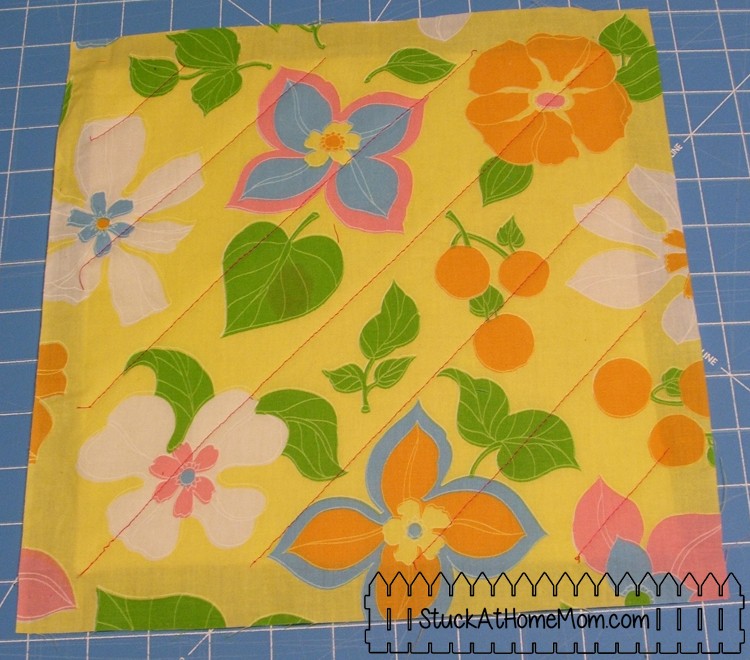 Front of the square. 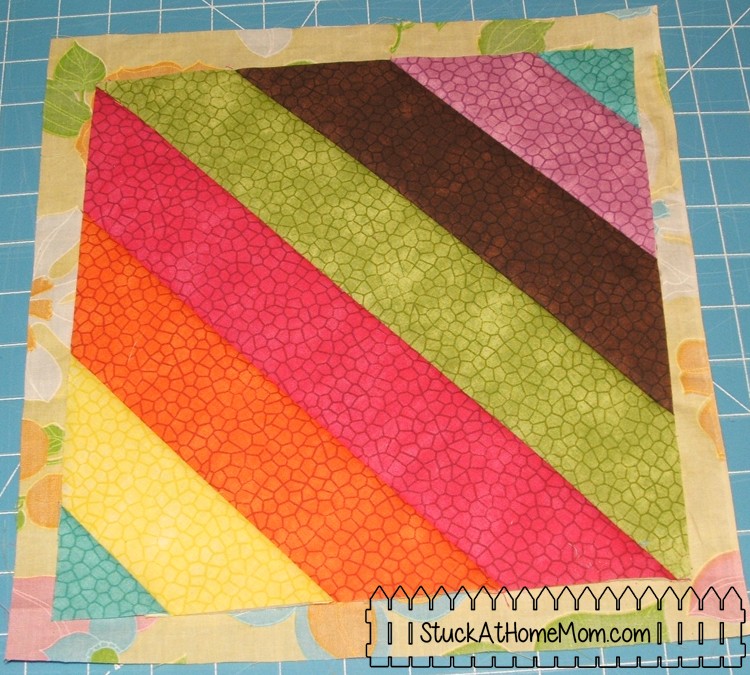 Take 2 squares and place them back to back. Make sure that the batting of the first square lines up with the batting on the second square. There aren’t any great ways to do this, it’s done by feel. 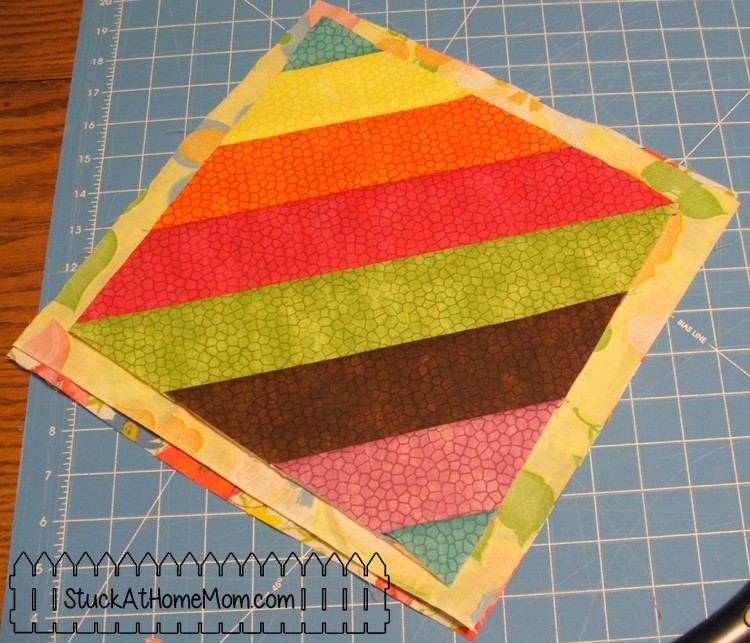 Sew the 2 pieces together sewing as close to the quilting on the front as possible without going on to the quilting. (Mistakes happen. I usually end up sewing onto the quilting a little, don’t sweat it, you’ll get better as you go.) 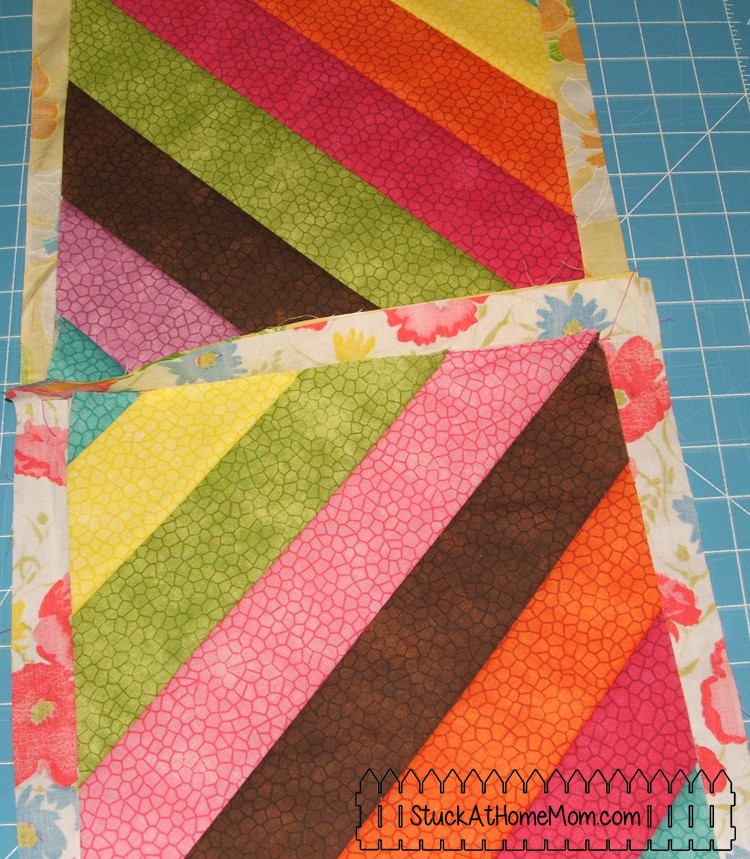 From the front, open the 2 flaps and iron flat – of course. Then fold the flaps under (in 2) to create the finished edge. Iron and pin down. 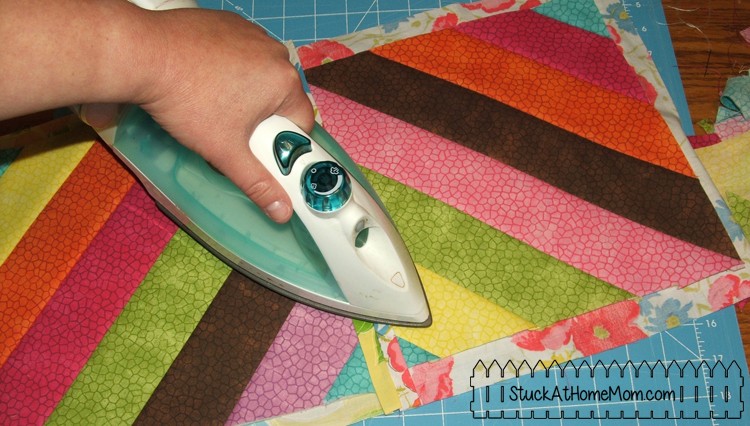 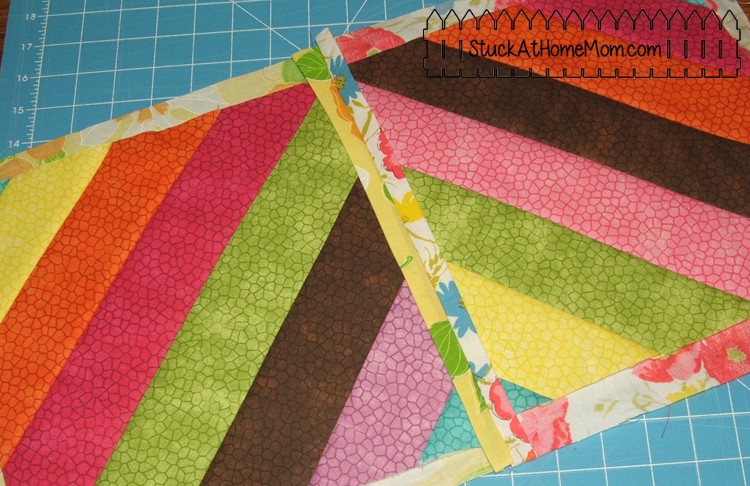 Sew down the outer edge of the finished edge. 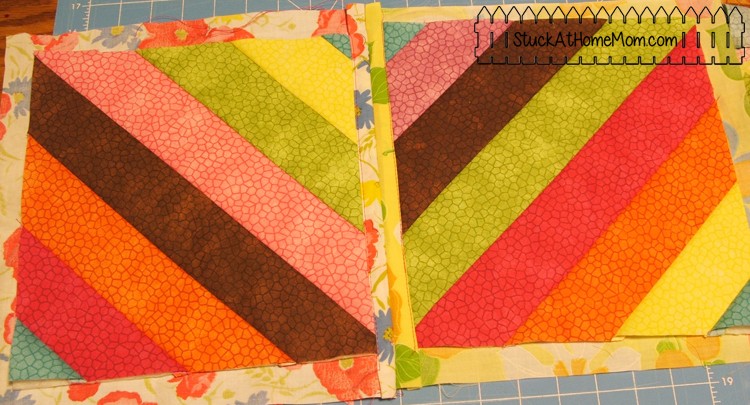 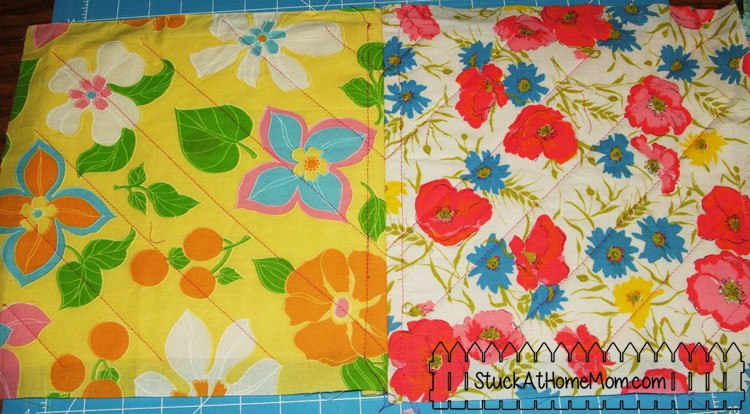 This is the another way to join squares. The quilting method is the same as above, but joining the individual squares is different.
Join using an Added Strip.

Elements used to create Featured image Artwork provided by Created by Jill.
CategoryCrafts & Printouts How To
Tagsjoining quilt as you go quilting