Intex pools are great, but they have 2 flaws.

The first huge flaw is the ladder that comes with the pool does not have a platform at the top of the ladder causing children to fall through to giant hole and injure themselves. I believe very strongly that those ladders should be recalled before someone is killed. But I digress.

The second problem with the Intex pools is the way the liner hangs off the pool staging.  I don’t think this design flaw can be changed.

The liner hanging from the staging seems like a great idea, but it’s the perfect place for wasps to make hives.

But again I digress – we came up with 2 ways to keep wasps away from our pool.

#1. Stuff around the staging.

He cut the tubing down the middle then placed it around the top of the pool staging. He cut out slots for each leg of the staging.

I didn’t think this would work – honestly I thought it would make it much worse. But the wasps must think the tubing is something else – maybe a hive. I don’t know, but it has kept about 90% of the wasps away. 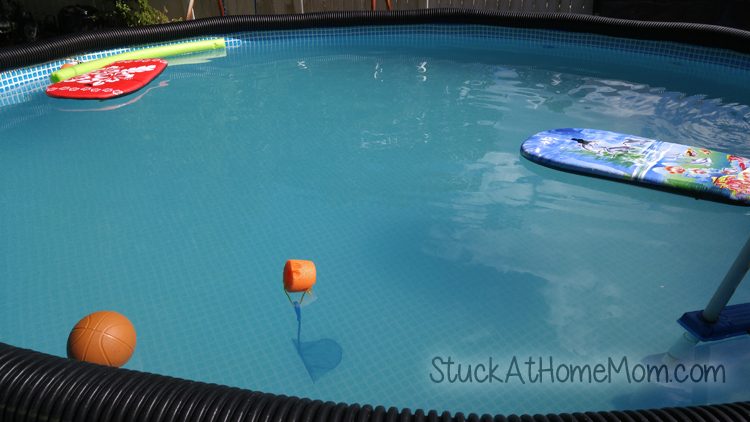 However, there are still some wasps, hornets and bees hanging around.

We tried the paper bag thing, but that didn’t do a whole lot of good.

I did a quick Google search and found what I had assumed – Bats are a wasps natural enemy. Bats will even eat adult wasps! However there wasn’t a lot of information on what kind of bats and finding bat mp3 sounds was problematic to begin with.

(Side note, don’t Google ‘bat song’. Apparently bats make sounds which is unlike what whales make which is called whale song lol) 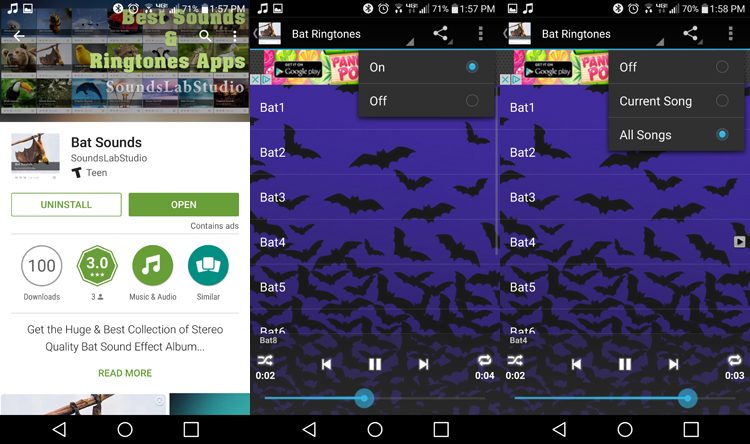 I came across a bat sounds ring tones app with some great features.

This app will repeat play and rotate the bat sounds and will continue until your battery loses charge!

I took one of the Bluetooth speakers we have lying around opened up the app and played the ringtones repeatedly and in rotation. Since I don’t know which bats the wasps are afraid of I figured I’d just repeat all the sounds. 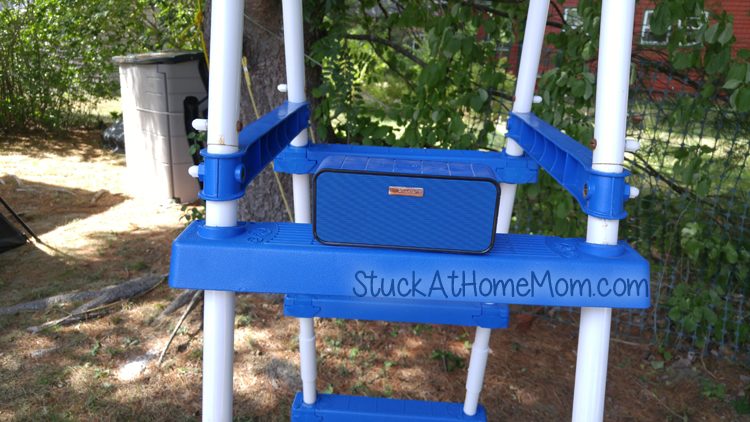 It Worked! I kid you not. We have actually watched the wasps fly away when we turn on the bat sounds.

NOTE: It is important to note that as soon as we turn off the bat sounds the wasps return making the black tubing very important to keeping the wasps from nesting.

Good luck and let me know if you have questions.

Elements used to create Featured image Artwork provided by Created by Jill.
CategoryArchived How To

DIY Photo Background on the Cheap