Most of us have experience with relationships, either first-hand or watching our friends and family.

Some were great; others, not so much. Even the strongest couple can always learn something new about relationships and how they work.

Whether you’re already in a solid commitment or wavering as to the next step, read on to see how you can make an informed decision for your future.

Maybe you’re already in a relationship that will last a lifetime, including marriage. Elegant and classy engagement rings can elevate a proposal from ordinary to a fairytale.

The ins and outs of relationships remain a mystery, even with personal experience of having a partner. In the age of ‘friend zones’ and ‘situationships’, romantic entanglements can be difficult to navigate.

Knowing what certain behaviors and feelings mean in the course of a relationship can prevent a good relationship from failing. On the other hand, if behaviors are out of the relationship norms, it will be easier to say, “bye, bye, bye.”

If you’re in a relationship and unsure as to what the next step should be, check out these typical stages, find your current situation, and learn the answers to your questions!

Fives Stages All Relationships Go Through

Love, marriage, children. That timeline is drilled into people’s heads from a young age and can be difficult to break the mold. Even getting to the ‘love’ stage overcomes a lot of doubts and other obstacles.

The problem with the “love, then marriage” mantra is that life is more complicated and so are our feelings. Knowing the five stages a relationship goes through can help recognize the difference between a bump in the road and a red warning flag.

Stage one in a relationship is attraction. The puppy love stage where the romantic prospects can do no wrong. Since couples are still learning about one another, any perceived flaws are ignored to prolong the ‘in love’ feeling. This stage can last up to two years but often fizzles after three months.

Stage two in dating is the struggle or reality stage. The colored glasses begin to fade, as flaws and incompatibility begin to filter through the lenses. This is the stage in which people often break up or divorce. It typically lasts six months, Chemicals in the brain that caused the feelings of attraction start to wear off during the reality stage. 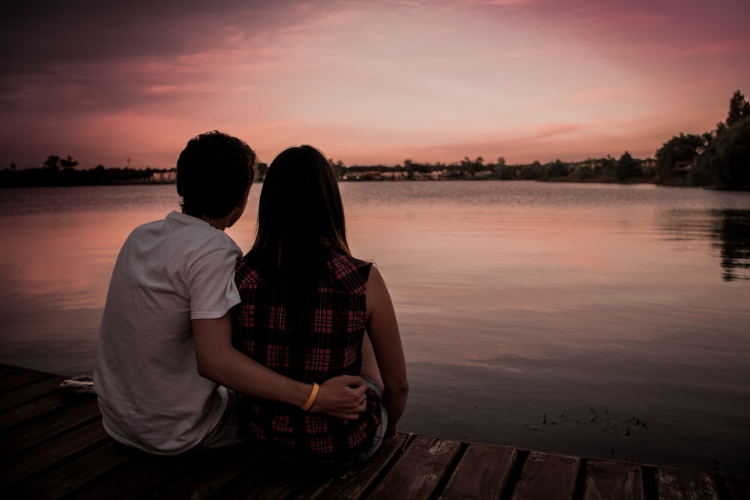 Stage four is a relationship is stable. Making it through the first three stages creates a history between a couple and all they’ve overcome. By this stage, the feelings of infatuation have been replaced by a genuine love for your partner.

However, there is a risk of wondering if the pastures are greener with someone new. The stability stage lasts around two years and leads to the final stage of a relationship.

The final stage in a relationship is a lifetime commitment. For most couples, the commitment stage means marriage, but it isn’t a requirement. During this stage, a couple begins and plan a future together and often solidify that with a ceremony.

Unlike 100 years ago, there’s no rush to get married. The average marriage age shows that many people prefer to take their time before making a lifelong commitment.

Love and marriage may go hand-in-hand like a horse and carriage, but a stable connection is necessary to hold both together.

In fairytales and rom-com, a relationship faces one major hurdle before the couple declares their undying love. Unfortunately, life isn’t a fairytale nor do couples typically meet-cute like in rom-com.

The reality is that relationships are work, except you can’t take a day off or get severance pay when it’s over. You have to show up every day and work hard if you want a relationship that lasts.