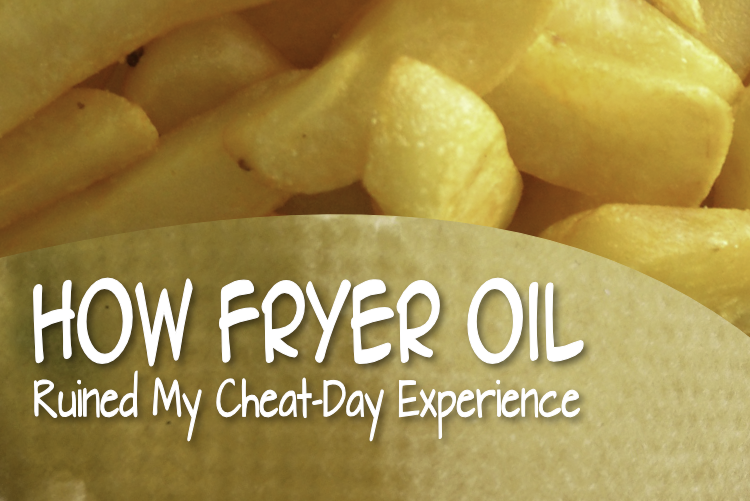 Although I eat primarily healthy, french fries are usually gluten free – making them my favorite cheat snack. Everyone needs to splurge sometimes! My favorite type of fries are the thick cut steak-fries, with plenty of salt and a side of ketchup and mayo. My mouth is watering just thinking about it. When a craving hits, there’s no stopping it. So this week, I took a friend to my favorite local spot to share a basket of my favorite fries. They’re always perfectly crispy and golden, and just the right thickness. She also considers herself a fry connoisseur, so I was excited to introduce her to these.

I had really talked up these particular fries, so when they came we made a big event of the first bite. I waited to see her reaction. But instead of telling me how right I was, she said, “Do they always taste…fishy? This is weird.”

I thought maybe she was just imagining things. I took a bite of a fry. She wasn’t kidding…they tasted like fish and chips. I figured maybe they had messed up an order and they had been in a basket with some fish stips? And then gave them to us? Either way, pretty gross. I complained to the server, who sent us out a new basket. But….same thing. They tasted like seawater! They claimed they had no idea why, and offered us our money back. Something was off. We left with a refund but still disappointed and annoyed.

How had this happened? Was there some kind of cross contamination? I did some digging around on the internet, and I did not like what I found. Apparently, I’m not the only person who has had this experience! It’s actually pretty common.

When fries, or another food that goes in the fryer, taste like fish or another meat, it’s usually because the restaurant hasn’t been changing the oil in their fryer enough. Gross! Basically, little bits of fish or whatever else fall off in the fryer, float around, become charred, and then stick to anything else that goes in there. This is not only unappetizing, it’s bad for your health! One study I saw even said those charred bits could cause cancer. So much so, that other countries have laws about how often restaurants have to change their oil. America just doesn’t care!? In order to keep carcinogens out of people’s food, all they would need to do is either filter the oil or change it more often! How hard is that??

I called the manager of the restaurant, and I shared this information. She sounded genuinely surprised! She had no idea what kind of danger she was putting her customers in. I gave her the benefit of the doubt and asked if she would give me a call when they had implemented a new system. Until then, I won’t be going back. She agreed, but I hope they follow through! It’s up to customers to demand safety if the US won’t regulate this. Now I know, I need to ask every time I order fries at a restaurant when the oil was changed last. I recommend that you do the same!

4 Items to Pack When Camping