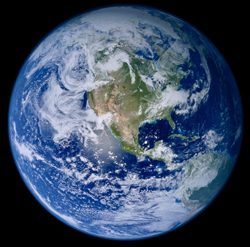 I have BIG DREAMS for that $500 Million dollars.

I’m going to take the immediate cash payout of $359 million.
The government takes half of that, so that leaves about $180 million (I‘m rounding up)

2) There are several friends who can use a few million dollars.

The idea is to Create Jobs.

I want to start companies that only need to make enough to keep themselves afloat and pay the employees. Profits will be a bonus, used for other programs, but maintaining employment is the goal.

4) Charities. I want to walk into my favorite radio station ‘The Q’ from time to time and give them a challenge. If The Q is raising money for cause X, for example, I want to surprise them by offering to match whatever they raise. (at the moment no one has bid on their auction, they‘re very upset about it.)
I’ll set something up with The Q morning show, we may incorporate a Magic 8 Ball.

5) Schools. I want to start programs where students are taught the way they learn and not taught the way the majority learns.
Segregate children into groups based on the Way They Learn each subject. So children as young as Kindergarten will change rooms for each class and no child will ever be left behind.

6) Energy! I HATE OIL. I hate paying for oil, especially heating oil.
I want Clean Energy. I’d love to have a contest for people to develop a something like magnetic generator that could power a home and cost under $500 to make. Then make those plans Open Source – take down every power company choking the earth.
The middle class people, who work for the power companies, who will lose their jobs – see #3.

7) Feeding the hungry. Remember #3, any extra food from restaurants or bakeries that are started will go to feed the local hungry. Since I want to start these all over the US, there will be extra food for soup kitchens in many cities.
Though the idea of #3 is to just sustain jobs, there are bound to be profits. Each business I establish in the US will have a sister business overseas. Those profits will go overseas to create Jobs in 3rd world countries – so our tax dollars will no longer feed them.
Remember the saying “Give a man a fish …… Teach a man to fish ……” If we create GOOD jobs (not sweatshops) they can feed themselves for a life time (and that will give my sister, the worlds utmost conservative, one less thing to bitch about).
I’m not saying open a McDonalds in the middle of the desert, but there has to be something that can be done, that helps their community and creates income. I don’t know what YET – But I plan to find out.

And that’s just the tip of the iceberg – I have this whole streaming feel good video idea floating around in my head and ways to help teens succeed and several other ideas to make the world a better place.

Do I sound like I’m 10 years old? Maybe!
But there are 10 year olds out there changing the world – we should learn from their example.

Don’t get me wrong, I plan to buy a big house with an indoor pool, get the ‘deluxe’ mini-van, get my youngest daughter 24/7 therapy and my oldest daughter braces and invite the entire crew of Dirty Jobs over to my private island – But come Friday, I plan to Change the World.