It’s so simple and obvious I’m not sure I can get an entire post out of this topic.

All American Muslim is boring, because they’re just like the rest of us! 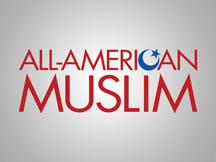 Remember the Ground Zero Muslim Community Center? There were post on Face Book, links on Twitter, and entire websites dedicated to Misinformation on Muslims.
Several went as far as to claim that Muslims move to America to raise America hating Muslim children. The problem with that theory is – America is Contagious!

Here’s an example. Once upon a time there were two Jewish families who came to the US and settled in the city. These two families were kosher, took their children to synagogue 3 times a day, spoke Yiddish, Hebrew and some English. They became citizens, voted in every election, they were picture perfect Jews. These two families were brought together when two of their children met, fell in love and got married.

The Children – The two children, now adults, didn’t keep kosher and they only went to synagogue once a week, raised good Jewish children, celebrated all the holidays keeping with Jewish tradition and they raised 3 good kids.

The Grandchildren – Those kids grew up, in the early 70’s, somehow all managed to marry other Jews. Those kids, now adults, go to synagogue on high holidays, or when it is requested by their parents. They celebrate the holidays and remember a little bit of their Hebrew from when they were children. The grandchildren have mortgages, 401Ks and 2.5 children.

Now we come to the Great Grandchildren, their spouses are Catholic, Korean and African American. They celebrate all holidays. In a years time their children go to synagogue, mass, and who knows where else. They are no longer Jews, they are Americans. Just like I’m no longer English. This is a story you will find in every culture. Heritage is not as important to the next generation, it all gets melted together.

Unless Muslims in America keep their children in a bubble (like some home schooling Christian types) their children will be infected by the ‘American Virus’ and forget the culture of their parents.

Now if you WANT ‘America Hating Muslims‘, the best way to create that would be to oppress them.
Christian groups say they are losing their freedom of religion, but they’re not. Christians are now forced to live under the same rules they have imposed on other religions, and Christians are finding that difficult. But for many ‘Religion’ is becoming something written on your hospital admittance form.

We are moving into the Real Star Trek Generation. A generation where we put our cultures aside and keep our religious choices at home, to work together creating a better America where all are equal. It can’t be stopped. The internet has brought us together, soon we won’t be Americans, we’ll be One World People.