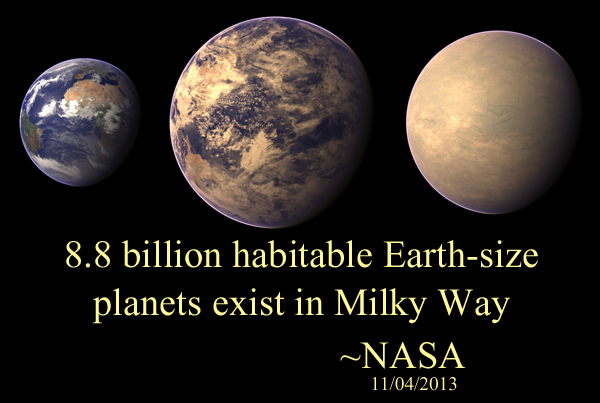 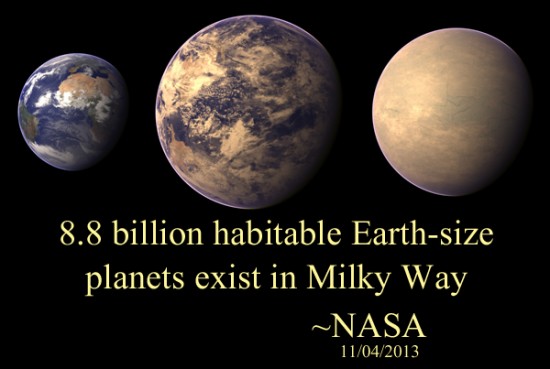 As one commenter put it “And yet ours is the one with Sarah Palin.”
However my first thought was “I can have the girls and I packed and ready to go in an hour!”

Do you know what that means?! There are whole new plants for us to destroy!
No I mean, let’s leave the gun slinging, ultra conservative, nut cases here – doesn’t say something in the Bible about how they’re going to take over anyway.
Let’s let them have it.

Let’s make a place where we take care of each other, love each other, work toward a deeper understanding of each other – let’s reinvent the 60’s but with showers and laptops and just co-exist.

According to the report on NBC news [http://www.nbcnews.com/science/8-8-billion-habitable-earth-size-planets-exist-milky-way-8C11529186]
“Astronomers using NASA data have calculated for the first time that in our galaxy alone, there are at least 8.8 billion stars with Earth-size planets in the habitable temperature zone. ”

Goldilocks plants! Not to hot. Not to cold. Just right!!

There could be friends in the galaxy out there!

What does it say about life on those plants: “As for what it says about the odds that there is life somewhere out there, it means “just in our Milky Way galaxy alone, that’s 8.8 billion throws of the biological dice,” said study co-author Geoff Marcy, a longtime planet hunter from the University of California at Berkeley.”

I wonder what kind of universal adapter my Laptop is going to need?