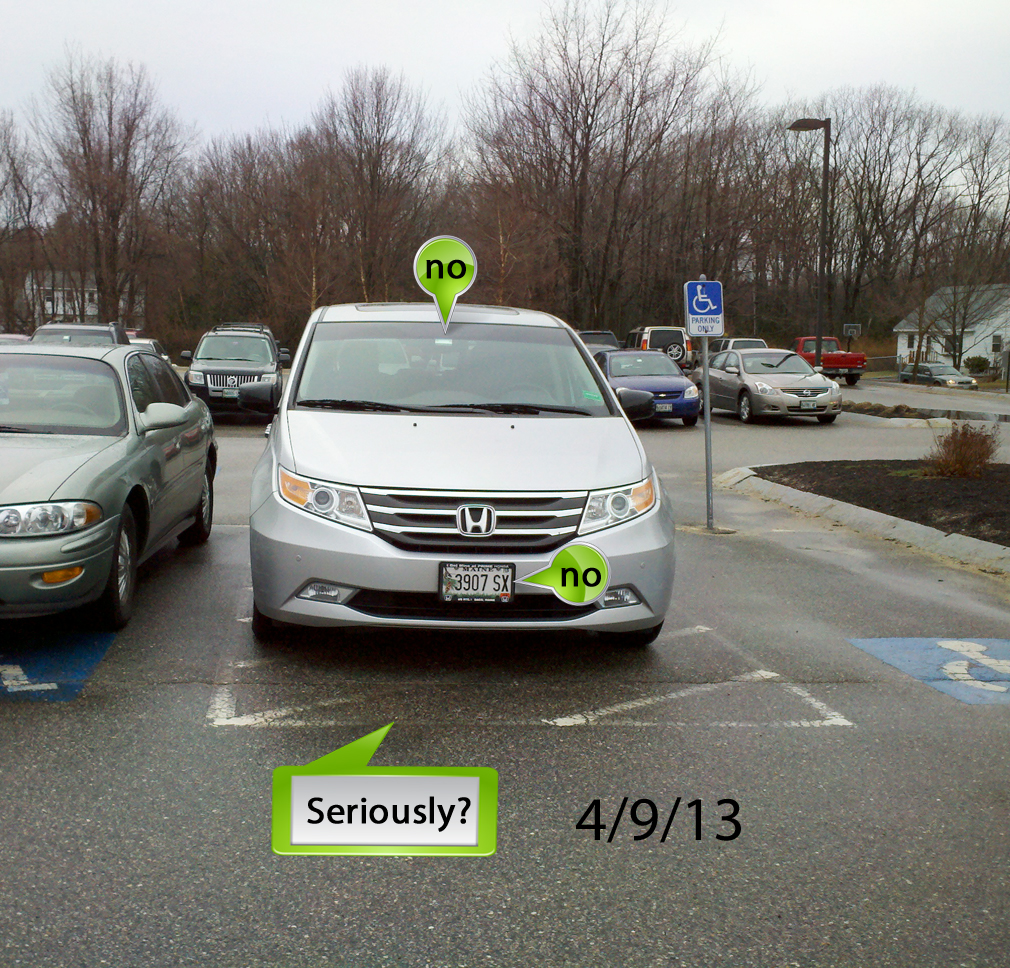 Shaming those who illegally use handicapped parking spaces 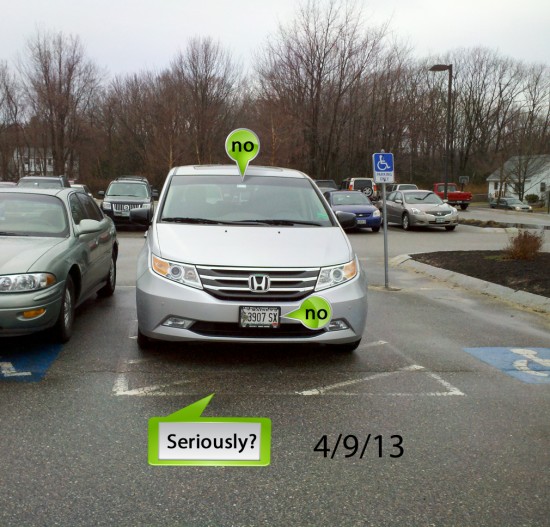 I did something completely wrong and I should march myself down to the police station, confess my sins and demand that they give me the $250.00 ticket – However since I feel justified in what I did, I probably won’t.

Normally I take pictures of their license plate and post them on FaceBook – I mean I have 2,700+ friends! But on this day it was different.

I drove into the school lot one morning where there are 4 handicap spots. One was occupied by a teacher using her fathers placard (eye roll), another spot was taken by a woman ‘just dropping off her kid’ no plate or placard and in the MIDDLE of the other 2 spots was an SUV.

I said to the woman getting out of the SUV “You’re parked in 2 handicapped spots” and she looks at me and says “I’m just dropping off – only be a minute.”

My daughter can walk, but she’s autistic and has several issues where getting her into a the building quickly is a necessity.
BUT the woman behind me, I’ve seen her son in one of those wheelchair stroller things – I would have gladly given any spot to her because she NEEDS it where as for us it’s a safety thing.

And this is where I could take NO MORE. I put my car in park, turned off the engine and took my daughter into school – parked directly behind the 2 jerks using in the handicap spaces. Obviously I took my good old sweet time.

When I came out, I took pictures of the vehicles (plates) parked in the handicap spots as advised by an officer …. and then posted the images on FaceBook, not so much advised by an officer (that’s just a social media conversation starter) and when the woman from the SUV came over and said “I need to leave can you please move your car”

Irony completely lost on her.

She said something like “But I need to leave now” in a snotty tone.
And I said “Well I needed that spot then, but you were only going to be a minute remember”
And she said “Well, you can have the spot now!”
I replied “I don’t need it. I’m only going to be here for a minute.”

So what to do?
I LOVE THIS IDEA – it’s called Parking Mobility – and it’s an APP!

It’s so simple. You just snap 3 images.
1. License Plate
2. Front Window [to show there is no placard]
3. The area where the car is parked, showing the handicapped sign

Then you put in any notes you want and you’re done!