We’ve reached week 3 of what we are calling the Shaw’s MyMixx App challenge.

The first week we discovered how easy theMyMixx app is to use, last week we tested the app in a weekly real life scenario – the Sleepover. This week we’re putting the MyMixx app to an entirely different test – This week we’re preparing Slow Cooker meals that can be frozen for later use.

Stephanie’s aunt is one of my dearest friends and, unlike us, she can cook! Mama Sandy has been teaching us one thing or another most of our lives and this was no exception.

Planning started several days in advance. We planned out the meals, gathered a list of ingredients and checked for coupons and sales using the MyMixx app. The day before we prepared the meals we went shopping. Like with everything in life, time is limited. We have kids that need to be picked up and dropped off at activities, homework help, dinners to make and eat and whatever else is thrown into the mix. The MyMixx app made it easy, each time we found a sale or a coupon we added the item to the app’s shopping list. Our shopping list included 30 chicken breasts, 5 pounds of ground turkey, enough vegetable to fill the fridge. Everything we needed was added to the app’s shopping list, in no time the shopping was done and ready for the big day.

When we got to their house, Sandy’s husband Arthur was amazed watching us unload all of the groceries. And there were a LOT of groceries. We stacked them up, and he could not imagine what we planned to do with all of them. It was very fun answering his questions and watching him check out the different ingredients. Fortunately for Arthur, he was heading out for the day with their son and daughter-in-law, so he didn’t have to see the chaos that ensued in his kitchen over the next three hours. 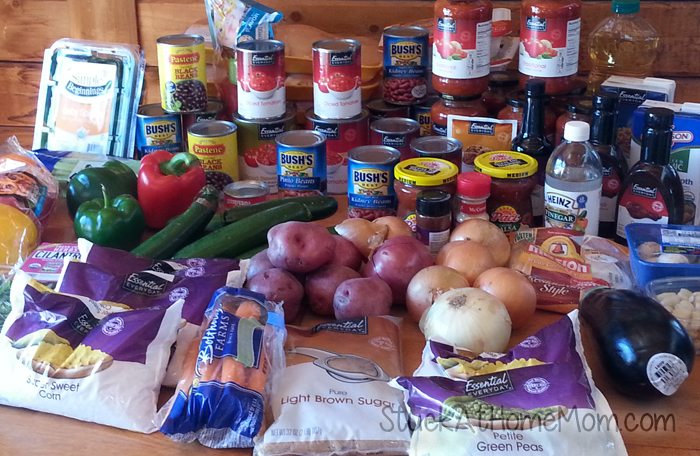 When I say that Stephanie and I don’t cook, I am not exaggerating. Stephanie’s husband does the shopping and cooking, and my cooking consists of buying a lot of Shaw’s healthy veggies and fruits that don’t need a lot of prep or any cooking. So this was a great opportunity for Mama Sandy to work with us and teach us how to prepare some foods that we were not used to.

We started with vegetables. I read through the recipes and for the most part we stuck to one at a time so that we would not get mixed up. The veggies were peeled, chopped, diced, sliced and measured, and then we layered them in the first bag with the other necessary ingredients. I have to say, this was a really fun project. We chatted and laughed, and had a good time. We shared a bunch of stories, some funny, some serious, but all interesting.

As the three hours passed by, we filled up ten different large Ziplock bags with slow-cooker meals. They all ended up in the freezer with instructions written on them, so that Arthur and Sandy could take one out in the morning, put it in the slow-cooker for a few hours, and have a healthy and delicious meal in the evening. We selected this project for the Shaw’s MyMixx App Challenge because we knew that it would highlight all of the great fresh food that Shaw’s has, and that it would help Sandy and Arthur. In their mid to late-70s and still living on their own, it isn’t always easy for them to get their meals. This way, we know that they are getting fresh (frozen) vegetables and a balanced meal without a lot of effort on their part. 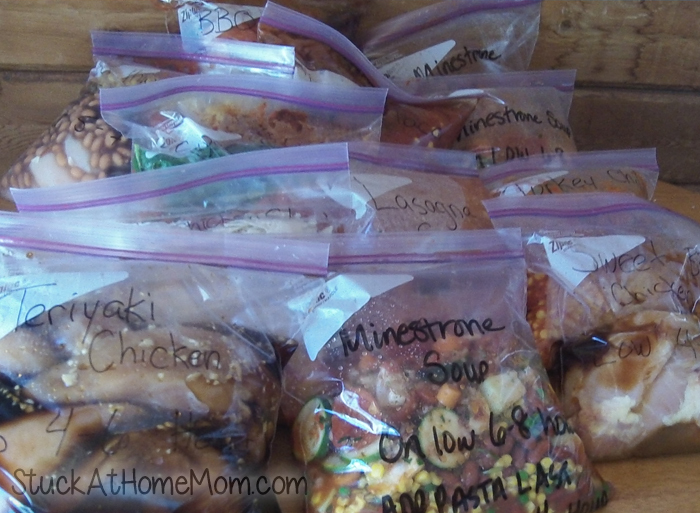 When Arthur returned after his visit, he was a little bit suspicious about where all of the food was gone. We went over the recipes with him, and he checked out the bags in the freezer, but still didn’t seem like he was certain. He was right; we had used a LOT of food! Eventually, though, when they made the first meal on their own, he began to realize how much work we had saved with our pre-prep. We also realized that because there are only two of them, each meal can stretch to cover 3-4 dinners, providing even more value.

This was quite a rewarding project. We have fun and a great sense of community when we were preparing the food, and we know that several nights a week they are eating healthy, delicious food that they didn’t have to prepare. They have worked incredibly hard all of their lives, and now that they are retired, we want them to be able to enjoy that. Stephanie and I are even thinking about the next round of meals for Arthur and Sandra – and possibly for our own homes. Thanks to Shaw’s and the MyMixx app we were able to make grocery dollars stretch and provide wonderful meals to a couple who we care for very much.

For Slow Cooker Recipes please visit some of my Blogging Friends – just click any of the images below.

This is a sponsored conversation written by me on behalf of Shaw’s. The opinions and text are all mine.

The Happy Cats! Thanks to a Cat Play Station