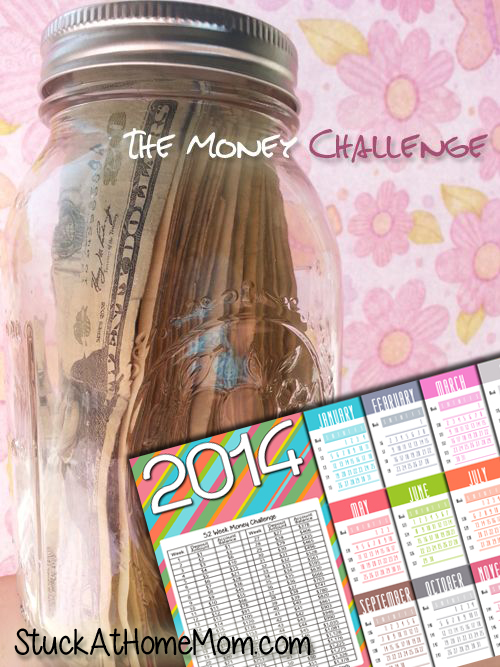 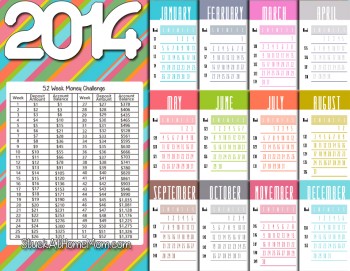 All 2013 we did the 52 Week Money Challenge and it was GREAT!
If you guys made it through December – good for you. I didn’t. I was saving for Christmas so I stopped sometime at the end of November.

This year lets get ready early. Lets get our jars. Have our bucks ready to go for the first of the year.

If you’re not familiar with the 52 Week Money Challenge let me clue you in.

The next week you put in $2. I usually do it on Sunday, but any day during the week is good. You’ve probably guessed it on the 3rd week you put $3 in the jar. And so on and so forth for 52 weeks. By the end of the year you should have $1,378 saved.

Just make sure you get it into the jar that week so you don’t fall behind. If you fall behind, don’t give up – play catch up as fast as you can.

Drop your spare change in the jar for extra savings.

Now for all those who just about had a stroke at the thought of saving money in a mason jar and not putting it in the bank – Take a deep breath! This is supposed to be fun! This is a great way to teach kids about saving – it’s visual! And this is always a great way for those who have never been able to save, to make a commitment and stick with it. IT’S FUN!