How Do Air Conditioners Work?

Summer is undoubtedly here. As the Australian sun fades our curtains and sends us scurrying for the shade, the trusty air conditioner gets quite the work out. For most, the air conditioner is a vital yet mysterious piece of technology. If you aren’t blessed with the icy breath of AC, click here to see a range of modern air conditioner units. Let’s have a brief look at how these summer life savers work.

The idea of cooling the interior of a dwelling is not new. People have been sweating it out and looking for ways to keep cool for many thousands of years. The ancient Egyptians perhaps lay claim to the first air conditioner. In the sweltering desert of north east Africa, it was hard to keep cool; the Egyptians had an ingenious idea. By stringing up reeds from the river bank over the windows, any breeze would wick the moisture of the reeds and increase humidity inside. This neat little trick is almost the same concept that modern air conditioners use to this day! The Mitsubishi Electric Reverse Cycle Split System Air Conditioner delivers a quick and effective cooling thanks to its Advanced Inverter Technology. Controllable by WIFI, you can cool your home without even having to peel yourself off the couch. 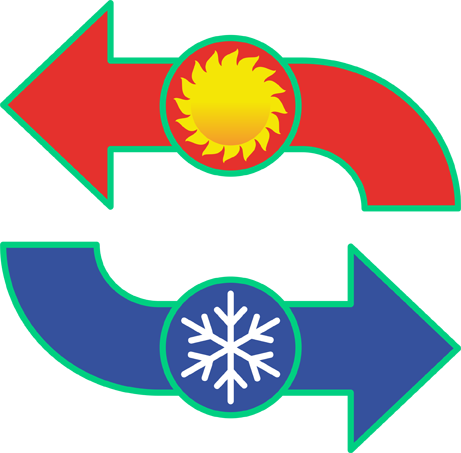 The Chinese inventor Ding Huan introduced a rotary fan for cooling a large space in the 2nd century. It was said to be 3 metres in diameter and variants of this design were used all over China. These fans originally where slave powered and some were said to cool long halls to the royal palace, powered by water. Fountains of water mist were carried by the fans to decrease temperature and increase humidity. By the 17th century, it was becoming understood that mechanical fans where effective but there were more scientific ways to cool down air. Dutch Inventor Cornelis Drebbel demonstrated to the king of England that adding salt to water can help cool things down. Anyone that has used this trick to cool a warm beer down quickly can attest to this! Save the salt water for your beer and harness the power of the Kelvinator 7.0kW Reverse Cycle Inverter Air Conditioner for your home. Its BioFresh filtration cleans and deodorizes air to give you and your family a safe and cool summer.

Rapid developments in chemistry in the 19th century saw the advent of the precursors to modern units. Chemicals were introduced that could be forced to change state from gas to liquid and then back again quickly. An air conditioning system has three major components. These are the compressor, the condenser, and the evaporator. The evaporator sits inside whilst the compressor and condenser sit outside. Whilst the working fluid is in the compressor, it exists as a low-pressure gas. The compressor’s job is to press the molecules together, causing an energy and temperature rise. The hot gas is pushed to the condenser, where a radiator helps dissipate the heat and energy of the gas into the outside air. As the energy and pressure dissipate, the gas changes into a liquid once more. This liquid leaves the condenser into the evaporator through a minuscule hole. The liquid is again squeezed through, causing a pressure drop. The liquid is forced into a gas while the evaporator pulls heat from the room into the gas, cooling the room. The cycle repeats as the gas/liquid is pushed and pulled through the system, carrying heat energy away from the room using the special mix of chemicals.

We have come a long way from ancient times where our ancestors used ice and snow to cool down a dwelling. Now air conditioners can be seen from the mall to your car. Air conditioners have truly changed the way man lives and prospers on this sometimes hot, blue planet. Using some simple principles and some not so simple chemistry, air conditioners are a vital part of our lives. One can certainly appreciate the ingenious inventors and the men and women who install and maintain these have quickly become the unsung heroes of summer.

Don’t Give up Now! Double Down on Your Resolution to Save