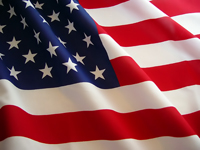 A snap shot of myself: I am a white, republican, Christian, wife, mother of 2, stuck at home mom and I’m a direct descendant of Roger Williams – if you were looking for a poster child for Stuck-up American Superiority you would be searching for me.

There are plenty of things “I don‘t get” and I can’t wrap my head around Arizona Immigration Law, it makes as much sense to me as Slavery – which is none.

I’ve heard the arguments – they’re taking American jobs, they’re smuggling drug , weapons and they bring violence.
Really? All of them?

Have you not seen the documentaries? Are you telling me those folks who haul their children from here to ten-buck-to so the family can pick apples for a season to earn a living – all those people are smuggling drugs and weapons?

You can’t tell me they are stealing American jobs, because I’ve never met an American who picked an apple for anything other then pleasure!
Honestly if immigrants didn’t pick the US crop of Apples, they wouldn’t get picked!

Our grandparents blamed everything on the Polish and the Jews, now we blame everything on hard working Mexicans? Is that America Equality?

Perspective here, people! Unless you’re ‘Native’ – at some point, your family had immigrant status.

I love the “so they should get over here legally – the right way” Yeah, how is that going to change anything? Let’s just make them all legal right now – is that going to make you bitch less?

Is it any wonder Americans are fat and lazy?
Think about the way we raise our kids. From the moment my second child was born she had Organic formula, she ate organic fruits and veggies until she was 18 months old, her little body never touched the ground, I can only say in my defense that I’m not the best house keeper so she was exposed to some dirt – is it any wonder she’s autistic? She was practically a bubble child for the first 2 years. Immigrant kids are digging potatoes, bring in the crops, working 12 hours a days to help their parents feed them.

Go Pick The Freaking APPLES! Stop the Blame and the Whining, Prove you’re not a spoiled American.