Last week I wrote a post explaining a few of the misconceptions about Obamacare, Health Care Exchange, Affordable Care Act. As you can expect I receive a lot of name calling emails. Names like “Liberal” and “Socialist” – I can live with those I suppose.

Then Sunday I had a mild argument with a gentleman on FaceBook. And the problem with the gentleman’s argument is basically that he’s upset that ObamaCare does everything that he wants it to do.

The gentleman wants people to be forced to take responsibility for themselves. Get jobs, work hard and pay for their healthcare. And for some reasons he’s pissed as all hell that ObamaCare is going to force people to do that.

I don’t understand why the House and Senate Republicans haven’t jumped on board with this and I’m a little confused as to why Democrats are. When I was a Republican, this is what I wanted! That’s what Obama gave us. Why are they complaining again?

Of course we’ve been led to believe if we have Universal Healthcare coverage than suddenly we will have to wait for hours in the ER – Like we don’t already.

There is also a myth that if we go to a Universal Healthcare system that doctors will stop treating those using the coverage because they won’t be paid as much as doctors who only take private insurance so that means few doctors.
Like becoming a Teacher, becoming a Doctor is a calling. If a person goes into medicine only for the money do you really want that person operating on you? NO!

Then there is the myth about the taxes and costs and ……. you know what …. if you haven’t yet, just watch the video! It’s funny, it’s enlightening and you’ll realize by the end that the sky is not falling! 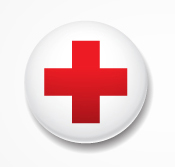