The Value of Mythbusters, Dirty Jobs & the Wild Kratts on Education.

Why we should blow stuff up! 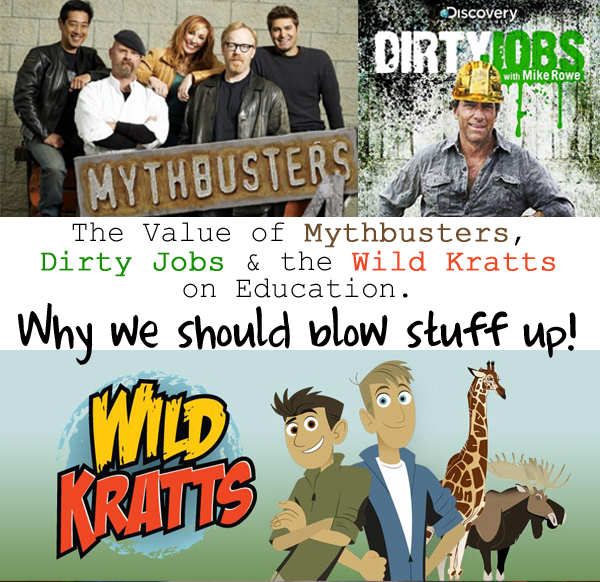 Last year my then 8 year old daughter flopped herself down in a kitchen chair and began to explain to me her dissatisfaction with the school system: “I’m in the 3rd grade for Pete Sake! When are we going to learn how to blow stuff up?”

You see my children have watched Mythbusters and Dirty Jobs since birth! And the term “Science is Fun” along with “Don’t try this at home” is heard regularly on both programs usually before something blows up, starts fire or is destroyed in some epic fashion. This has led my daughter to believe that blowing up stuff is part of a scientific experiment.

It wasn’t until this year that I realized that my girls learn more about science from just 1 episode of Mythbusters, Dirty Jobs & the Wild Kratts than they do in an entire year of school. The ENTIRE school year!!

Those are all things we have learned from Television. Television – you know that thing that is supposed to rot your brain – well it seems it’s teaching my children far more than they are learning at school.

I wonder if my children would receive a better education if a television was placed in every classroom and the Discovery channel was on 3 hours of each school day. 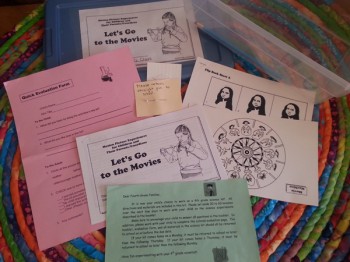 What is my daughter learning in science class in the 4th grade? Not much by the looks of the “science kits” that have come home. These same projects were found in “Summer Fun” books that our grandparents got us at the end of the school year. Rainy day projects that really didn’t teach you anything, but kept you busy until you could get outside and run off all the summer energy.

Maybe we should increase our children’s TV viewing time to ensure they learn some elementary science while they are in elementary school.