……… and I don’t want some back story, I want a name and phone number so I can call them up and asked them WHY?

I find it hard to believe that anyone in the history of this country has been told that they can’t say Merry Christmas. Why? Because every Jew I know celebrates some kind of Christmas. And every Muslim I’ve known (and yes, I don‘t know any now because I‘m a stuck at home mom in Northern Maine, so 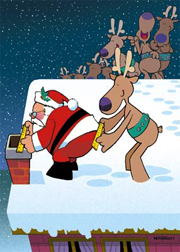 obviously I don‘t get out much and it’s not like I can just walk up to someone in a vale and ask “Will you be my friend?”, because I promise you, they find that as creepy as we do. And the only Muslim child in our school system my daughter insulted by asking her why she wore a pillow case on her head), but of all the Muslims I’ve ever known they all either celebrate Christmas or wished me a Merry one.

The ONLY person who has ever shown some concern about saying Merry Christmas was a slightly paranoid manager I used to have at Panasonic, who would tell us “You can‘t even say Merry Christmas in the office anymore because we have Indians.” Because as you know all Indians are …… people who don’t celebrate Christian holidays? 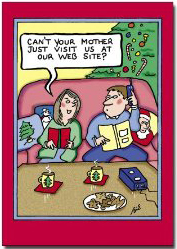 ……….. And just as a side note, you should know I’m in Maine and to us ‘Indians’ are ‘Natives’, the kind who wear feathers – they also celebrate Christmas. However, at the time I was living in Philly and I’m pretty sure my paranoid manager was talking about Indians from India and again I have no idea why Those Indians would want us to stop a holiday greeting.

Here’s the thing – WHERE the Hell is the Merry in the Christmas?
It’s not Merry, it’s a pain in the ass. There is no joy in Christmas, it’s a money pit!
Why do we have such an absurd saying? From the moment Hallmark hangs it’s first ornament – IN JUNE!! People start Bitching about this stupid Holiday. No one likes Christmas. No one wants to see it come. It’s Dec 26 and already I’m running behind in my Christmas shopping.

So please Before you start to Bitch about what you presume you can’t say, THINK! The ONLY people who have a Merry Christmas are those who Don’t Celebrate it!